The atomic nucleus is made of protons and neutrons, each comprising a mix of 3 up or down quarks. No consensus exists for nuclear structure from among the 30+ proposed models of the atomic nucleus, although they generally agree that quarks play no role. The light nuclides of interest to nuclear fusion exist in a purgatory of uncertainty, wanting not only for structure but also for some insight into their erratic sizes. The deuterium nucleus is twice the mass of the proton but 2.5 times larger. In fact, deuterium is larger than either tritium or helium-4. The lithium-7 nucleus is larger than all of these, yet smaller than lithium-6. Here we show that an alternating quark model (AQM) predicts these erratic nuclear radii to within 99% of experimental (SD 2.5%). The distance between sequential quarks is constant and equal to the radius of the proton. Quark structures assume simple geometries. Alternating quarks predict nuclear stability, the height of the Coulomb barrier, near-range attraction, and far-range repulsion. Through the lens of nonlinear dynamics, quarks behave as linked harmonic oscillators traveling within a basin of attraction. This satisfies the uncertainty principle while allowing localization of an average quark position. The alternating quark model thus represents an intersection between chaos theory and quantum mechanical uncertainty.

Version number 4 includes a 41' video that discusses the need for a quark model of the atomic nucleus and presents quark structures for light nuclei. Evidence is presented in favor of these structures, including a detailed discussion linking alternating quarks with nuclear stability. Finally, a structure for individual up and down quarks is proposed consistent with the parameters and constraints of the Alternating Quark Model. 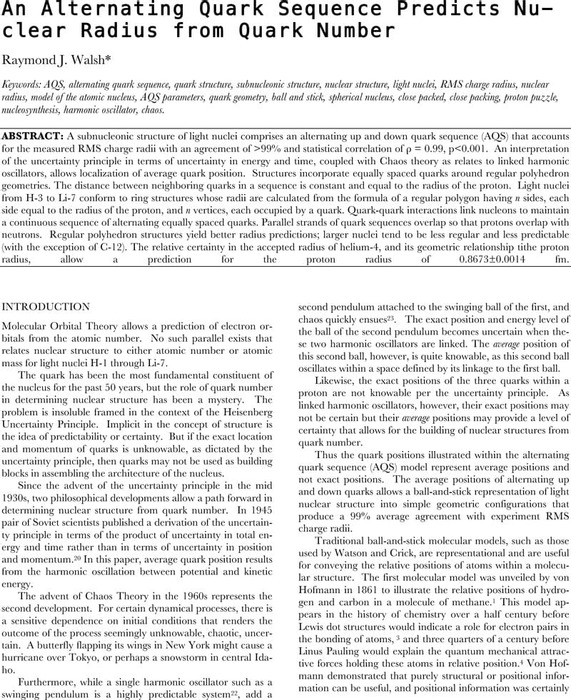 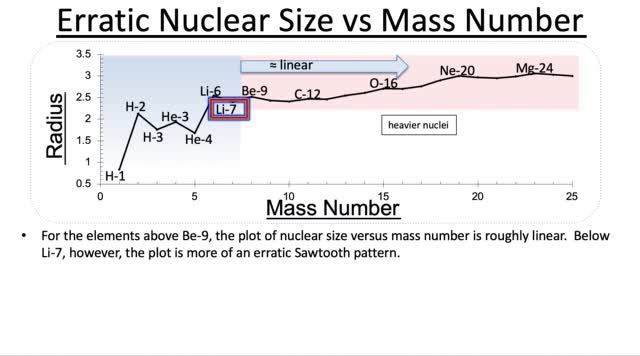 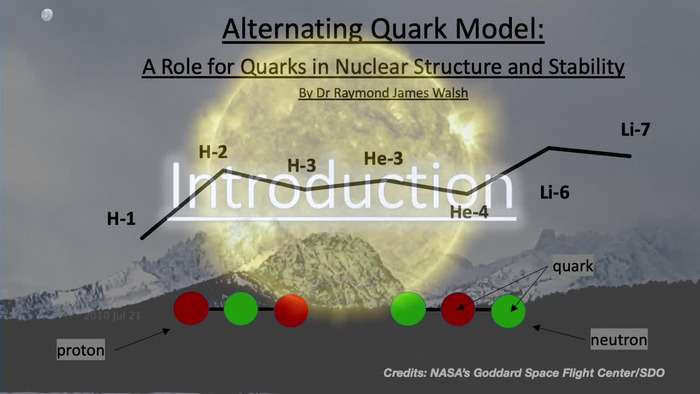 We are encoding your file so that it is compatible across browsers, depending on file size and type this may take some time.
AQM Video FEB2021 v3