Area selective deposition (ASD) of films only on desired areas of the substrate opens for less complex fabrication of nanoscaled electronics. We show that a newly developed CVD method, where plasma electrons are used as the reducing agent in deposition of metallic thin films, is inherently area selective from the electrical resistivity of the substrate surface. When depositing iron with the new CVD method, no film is deposited on high-resistivity SiO2 surfaces whereas several hundred nm thick iron films are deposited on areas with low resistivity, obtained by adding a thin layer of silver on the SiO2 surface. Based on such a scheme, we show how to use the electric resistivity of the substrate surface as an extension of the ASD toolbox for metal-on-metal deposition. 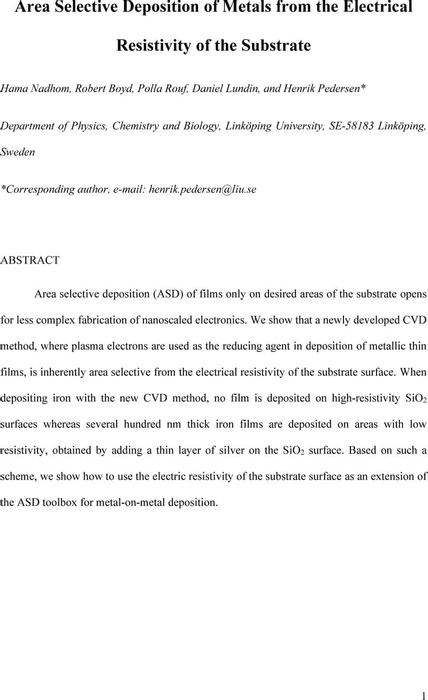 Henrik Pedersen and Hama Nadhom have filed a patent on the described CVD method.