Electrochemically-mediated Photoredox Catalysis emerged as a powerful synthetic technique in recent years, overcoming fundamental limitations of electrochemistry and photoredox catalysis in the single electron transfer activation of small organic molecules. However, the mechanism of how photoexcited radical ion species with ultrashort (picosecond-order) lifetimes could ever undergo productive photochemistry has eluded synthetic chemists. We report tri(para-substituted)biarylamines as a tunable class of electroactivated photocatalysts that become superoxidants in their photoexcited states, even able to oxidize molecules (such as dichlorobenzene and trifluorotoluene) beyond the solvent window limits of cyclic voltammetry. Furthermore, we demonstrate that precomplexation not only permits the excited state photochemistry of tris(para-substituted)biarylaminium cations, but enables and rationalizes the surprising photochemistry of their higher-order doublet (Dn) excited states. 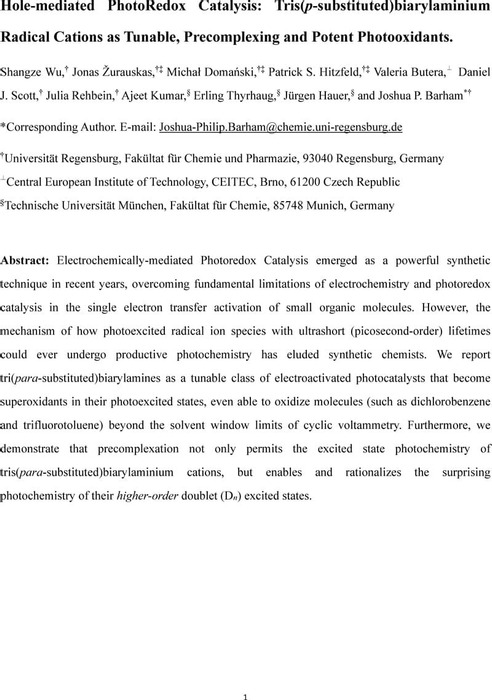 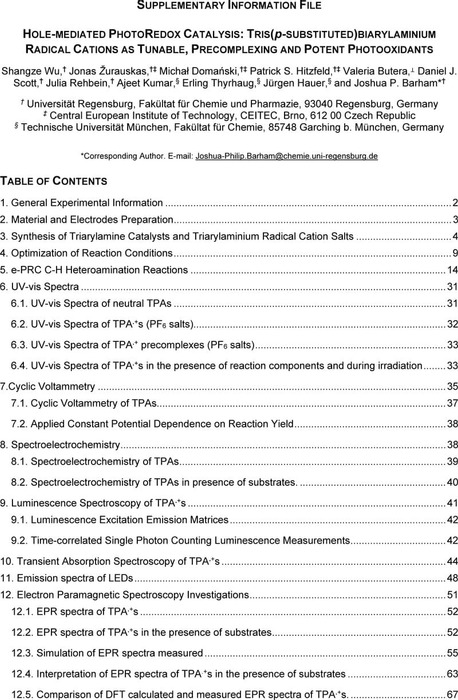