Catalytic enantioselective halocyclization of alkenes is a powerful bond forming tool in synthetic organic chemistry and a key step in the biosynthesis of several natural products. To date, however, no examples of enantioselective halocyclization of simple achiral olefins catalyzed by enzymes have been reported. Herein, we report that flavin-dependent halogenases (FDHs) previously engineered to catalyze site-selective aromatic halogenation can also catalyze bromolactonization of olefins with high enantioselectivity and near-native catalytic proficiency. Analysis of the selectivity of FDH variants along the lineage for the most selective enzymes reveals mutations responsible for the emergence of halocyclase activity, and docking simulations provide insight into the origins of improvements imparted by these mutations. High selectivity was achieved by characterizing and mitigating the release of HOBr from FDH variants using a combination of protein engineering and reaction optimization. Given the range of different halocyclization reactions and other organic transformations that proceed via oxidative halogenation, this expansion of FDH catalytic activity bodes well for the development of a wide range of biocatalytic halogenation reactions. 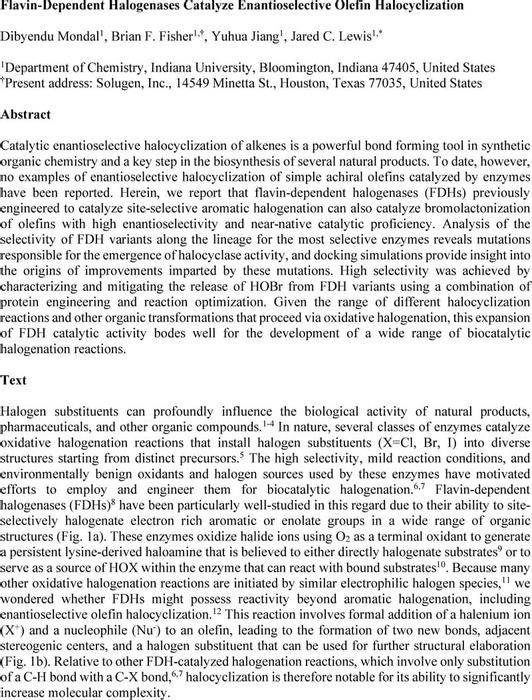 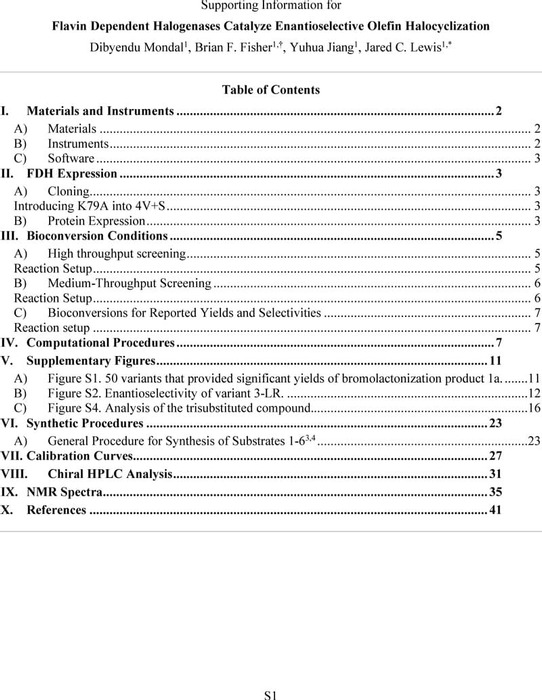 We are encoding your file so that it is compatible across browsers, depending on file size and type this may take some time.
FDH halocyclization SI 9 21

We are encoding your file so that it is compatible across browsers, depending on file size and type this may take some time.
FDH halocyclization screen