This is not the most recent version. There is a
newer version
of this content available
Working Paper
Camila de Paula

Thermal atomic layer deposition (ALD) of metals on metal oxide surfaces typically suffers from nucleation delays that result in poor-quality films. The poor nucleation may be caused by a lack of suitable chemisorption sites on the oxide surface which are needed for metal nucleation to occur. In this work, we demonstrate that pre-functionalizing the surface with a sub-monolayer of small organometallic molecules from the vapor phase can lead to a significant increase in surface coverage of the metal deposited by ALD. This process is demonstrated for Pt ALD from (methylcyclopentadienyl)trimethylplatinum (MeCpPtMe3) and O2, with nucleation enhanced almost three-fold at 100 ALD cycles after the pre-treatment, and even more significantly at lower ALD cycle numbers. We hypothesize that the high coverage of the organometallic molecule provides an alternative chemisorption mechanism for the platinum precursor and thus leads to an increase in nucleation sites. The growth of the platinum deposits was investigated in depth though scanning electron microscopy (SEM) and grazing incidence small angle x-ray scattering (GISAXS). These studies show that the pre-treatment results in the growth of larger and more highly ordered Pt nanoparticles at early cycle numbers, which subsequently coalesce into continuous and pinhole free films. Surface pretreatment by organometallic molecules therefore introduces a potential route to achieve improved nucleation and growth of ultrathin films. 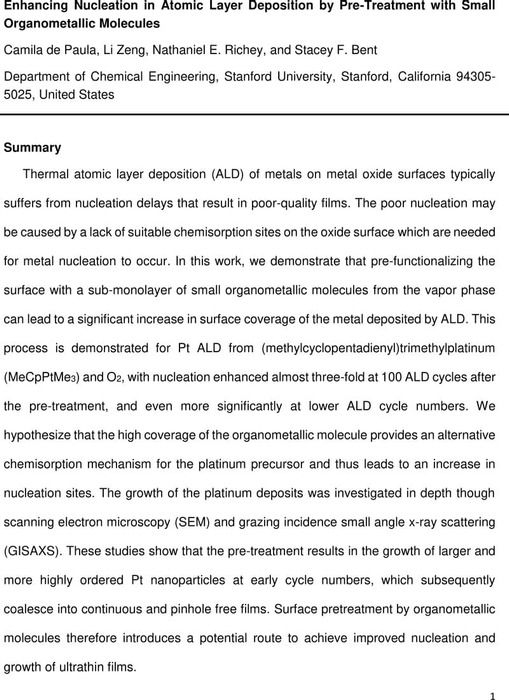 download asset EnhancingNucleation_Paper.pdf 0.98 MB [opens in a new tab] cloud_download
pdf : 0.98 MB
We are encoding your file so that it is compatible across browsers, depending on file size and type this may take some time. 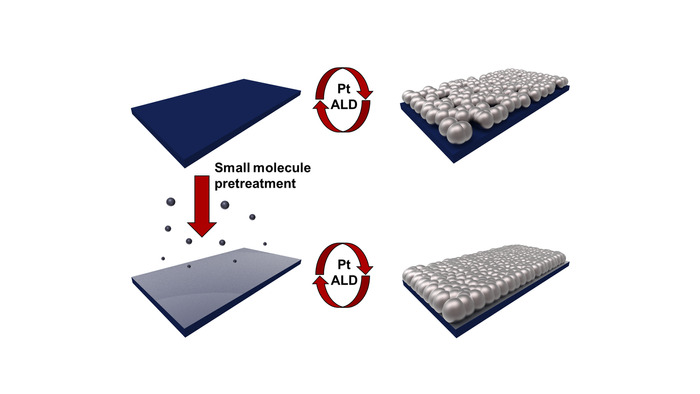 download asset EnhancingNucleation_graphabs.tiff 1 MB [opens in a new tab] cloud_download
tiff : 1 MB
We are encoding your file so that it is compatible across browsers, depending on file size and type this may take some time.
EnhancingNucleation graphabs 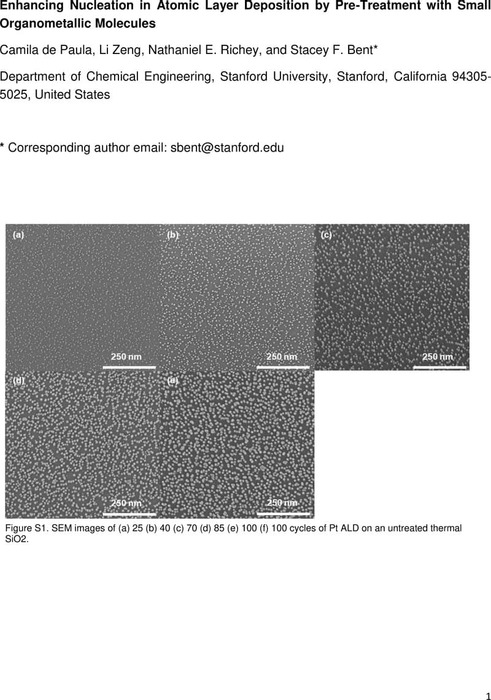 download asset EnhancingNucleation_SI.pdf 0.57 MB [opens in a new tab] cloud_download
pdf : 0.57 MB
We are encoding your file so that it is compatible across browsers, depending on file size and type this may take some time.
EnhancingNucleation SI