The fragmentation mechanisms of matrix-assisted laser desorption/ionization (MALDI) for femtosecond ultraviolet laser pulses in a transmission geometry are characterized on the basis of the well-known benzyltriphenylphosphonium (BTP) thermometer ion. We demonstrate that the survival yield of BTP approaches unity under these conditions, which suggests that a minimal amount of fragmentation is occurring. It is shown that, while the survival yield of BTP is insensitive to the fluence within the studied fluence range, the magnitude of fragmentation for the matrix increased notably with increasing fluence. While nonlinear absorption and ionization are expected to lead to large matrix fragmentation rates, the high BTP survival yields indicate a reduced amount of energy being transferred from the matrix to these BTP thermometer ions. The femtosecond ablation employed here results in increased heating rates and occurs within the fully stress-confinement regime, which minimizes the matrix-analyte interaction during the ablation event. This interpretation is supported by our finding that angiotensin was the largest biomolecule which could be routinely be measured with femtosecond pulses. The spatio-temporal overlap between a neutral biomolecule and matrix ions resulting from this process is too short to result in sufficient proton exchange for ionization.

Revised initial preprint per suggestions from the reviewers 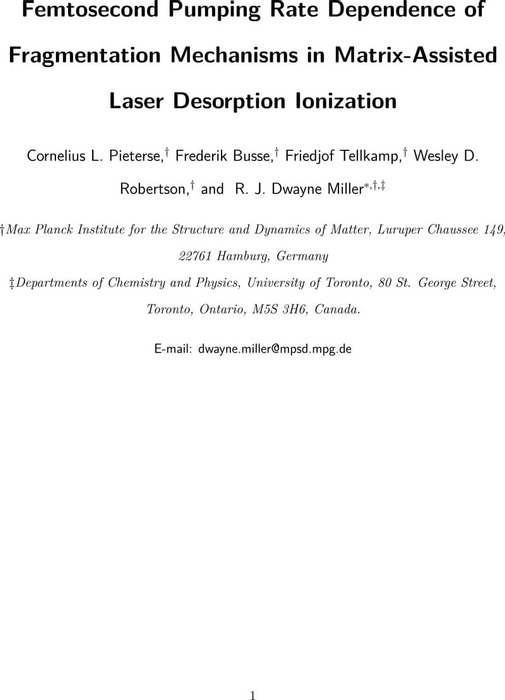 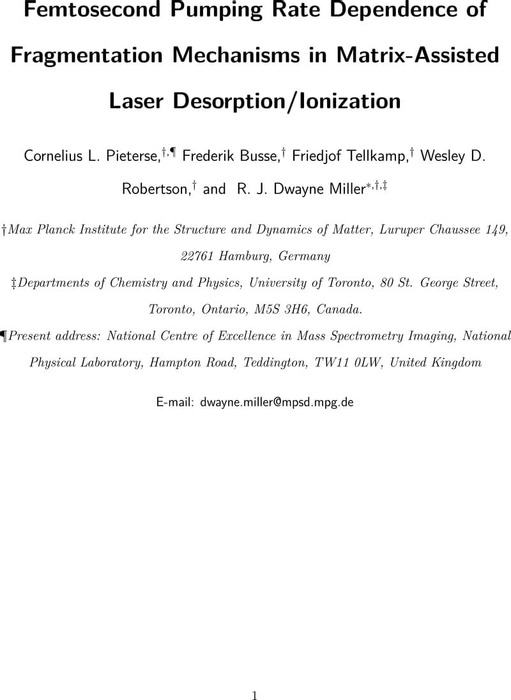 We are encoding your file so that it is compatible across browsers, depending on file size and type this may take some time.
ACLPaperV14