We report a detailed protocol for an intracellular calcium mobilization assay with adherent endothelial cells in multiwell plates that was used to study a number of different PAR1 and PAR2 ligands, including an alkynylated version of the PAR1 antagonist RWJ-58259 that is suitable for the preparation of tagged or conjugate compounds. Using the cell line EA.hy926, it was necessary to perform media exchanges with automated liquid handling equipment in order to obtain optimal and reproducible antagonist concentration-response curves. The assay was used to confirm that vorapaxar acts as an irreversible antagonist of PAR1 in endothelium, and parmodulin 2 (ML161) and the related parmodulin RR-90 were found to inhibit PAR1 reversibly, in a manner consistent with negative allosteric modulation. Detailed synthetic protocols are also provided for several known and novel PAR ligands. 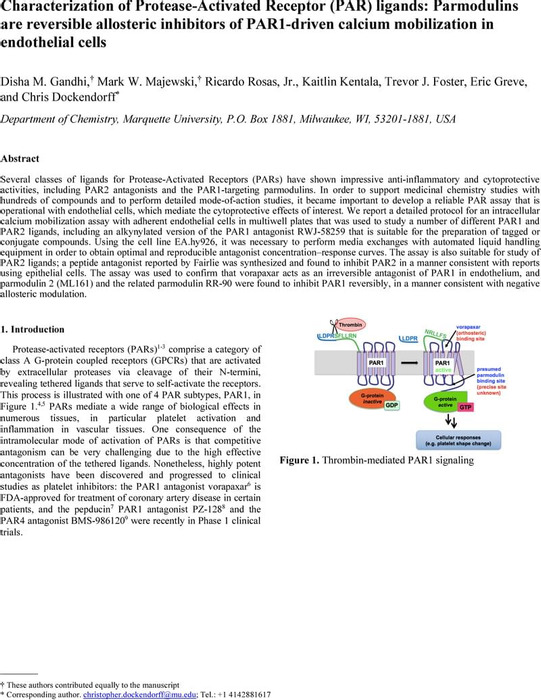 download asset 20180220CharacterizationofPARligandsasinhibitorsofCa.pdf 1 MB [opens in a new tab] cloud_download
pdf : 1 MB
We are encoding your file so that it is compatible across browsers, depending on file size and type this may take some time. 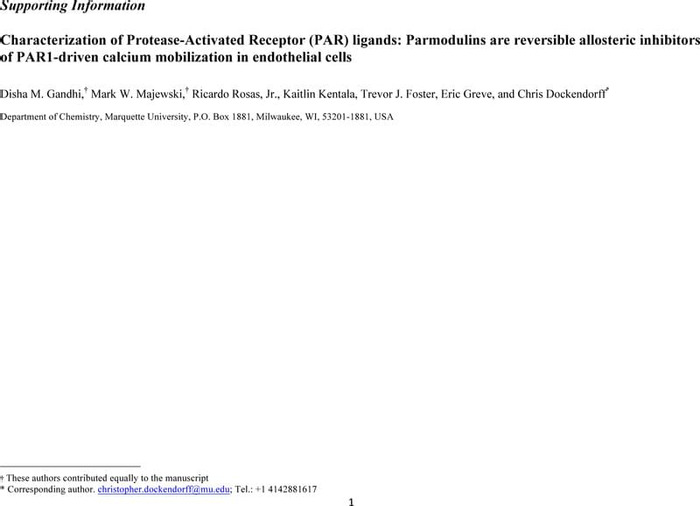 download asset 20180220CharacterizationofPARligands_asinhibitorsofCa_SI.pdf 2 MB [opens in a new tab] cloud_download
pdf : 2 MB
We are encoding your file so that it is compatible across browsers, depending on file size and type this may take some time.
2018 02 20 Characterization of PAR ligands as inhibitors of Ca SI