In conventional catalysis, the reactants interact with specific sites of the catalyst in such a way that the reaction barrier is lowered by changing the reaction path, causing the reaction rate to be accelerated. Here we take a radically different
approach to catalysis by ultra-strongly coupling the vibrations of the reactants to the infrared vacuum electromagnetic field. To demonstrate the possibility of such
vacuum-field catalysis (or cavity catalysis), we have studied hydrolysis reactions under the vibrational ultra strong coupling (V-USC) of the OH stretching mode of water to a Fabry-Pérot microfluidic cavity mode. This results in a giant Rabi splitting energy (92 meV), indicating the system is in the V-USC regime. We have found that V-USC water enhances the hydrolysis reaction rate of cyanate ions by
102-fold and that of ammonia borane by 104-fold. This catalytic ability is found to depend upon the coupling ratio of the vibrational light-matter interaction. Given the vital importance of water for life and human activities, we expect that our finding not only offers an unconventional way of controlling chemical reactions by vacuum-field catalysis but also brings a fresh perspective to science and technology.

This set of the manuscript is version 5. 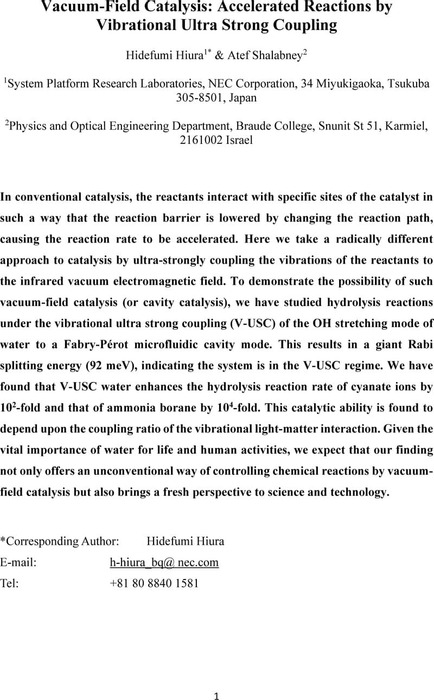 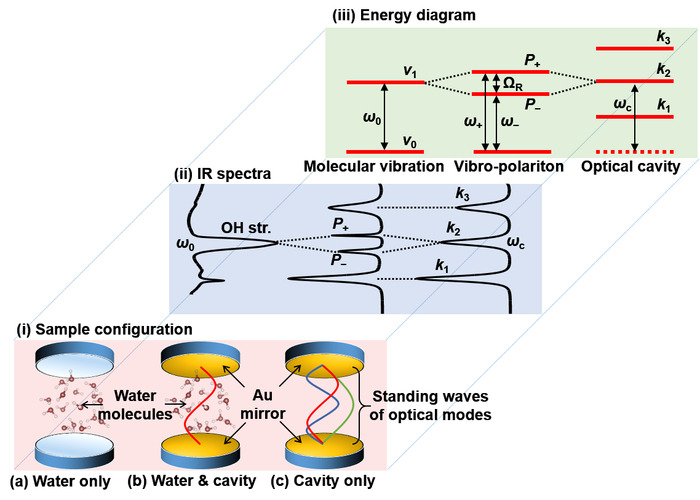 We are encoding your file so that it is compatible across browsers, depending on file size and type this may take some time.
Fig1 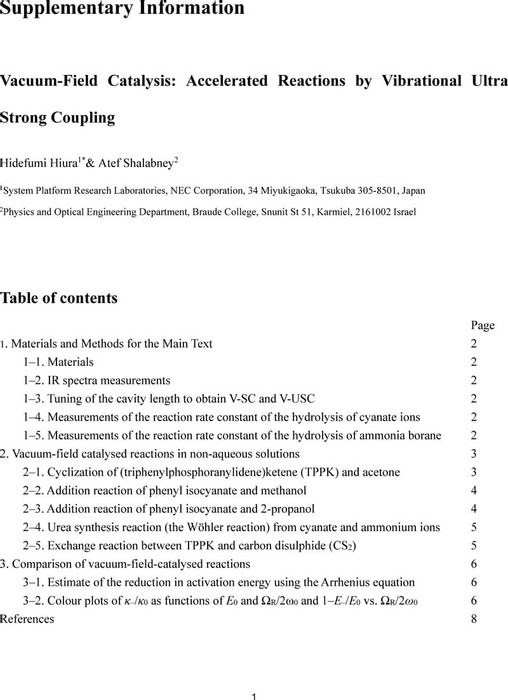 We are encoding your file so that it is compatible across browsers, depending on file size and type this may take some time.
SI VF-Cat Exp ver5