ACTIS is a new method for finding the equilibrium dissociation constant Kd of a protein–small molecule complex based on transient incomplete separation of the complex from the unbound small molecule in a capillary. This separation is caused by differential transverse diffusion of the complex and the small molecule in a pressure-driven flow. The advection-diffusion processes underlying ACTIS can be described by a system of partial differential equations allowing for a virtual ACTIS instrument to be built and ACTIS to be studied in silico. The previous in-silico studies show that large variations in the fluidic system geometry do not affect the accuracy of Kd determination, thus, proving that ACTIS is conceptually accurate. The conceptual accuracy does not preclude, however, instrumental inaccuracy caused by run-to-run signal drifts. Here we report on assembling a physical ACTIS instrument with a fluidic system that mimics the virtual one and proving the absence of signal drifts. Furthermore, we confirmed method ruggedness by assembling a second ACTIS instrument and comparing the results of experiments performed with both instruments in parallel. Despite some differences between the instruments and, accordingly, significant differences in their respective separagrams, we found that the Kd values determined for identical samples with these instruments were equal. Conclusively, the fluidic system presented here can serve as a template for reliable ACTIS instrumentation. 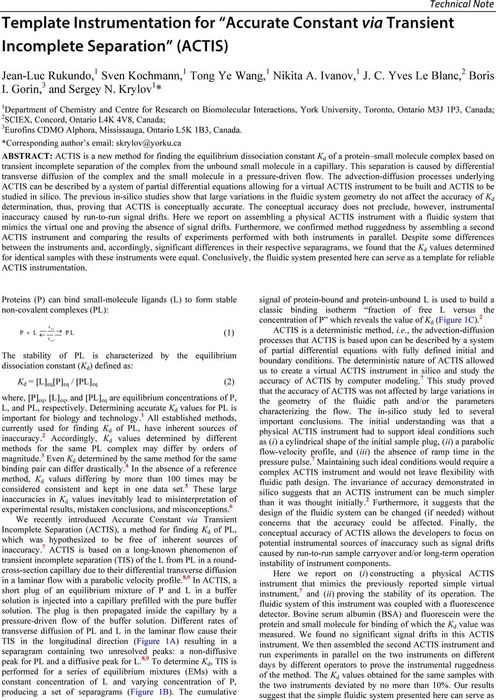 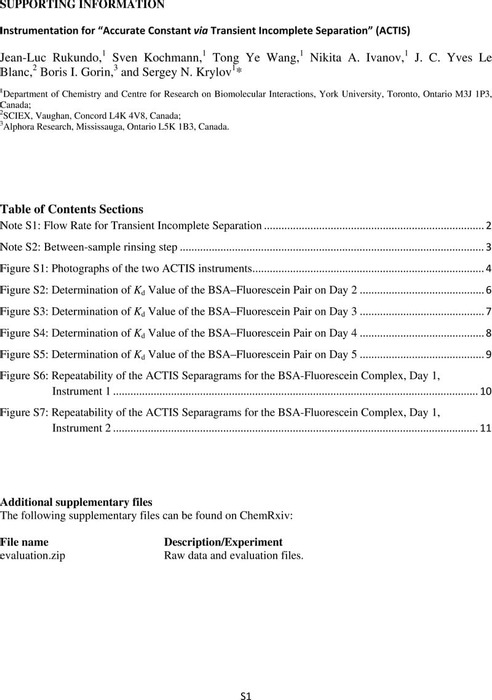 We are encoding your file so that it is compatible across browsers, depending on file size and type this may take some time.
supportinginformation

We are encoding your file so that it is compatible across browsers, depending on file size and type this may take some time.
evalution