Machine Learning of Atomic Forces from Quantum Mechanics: a Model Based on Pairwise Interatomic Forces

We present a new chemically intuitive approach, pairF-Net, to directly predict the atomic forces in a molecule to quantum chemistry accuracy using machine learning techniques. A residual artificial neural network has been designed and trained with features and targets based on pairwise interatomic forces, to determine the Cartesian atomic forces suitable for use in molecular mechanics and dynamics calculations. The scheme implicitly maintains rotational and translational invariance and predicts Cartesian forces as a linear combination of a set of force components in an interatomic basis. We show that the method can predict the reconstructed Cartesian atomic forces for a set of small organic molecules to less than 2 kcal mol-1 Å-1 from the reference force values obtained via density functional theory. The pairF-Net scheme utilises a simple and chemically intuitive route to furnish atomic forces at a quantum mechanical level but at a fraction of the cost, providing a step towards the efficient calculation of accurate thermodynamic properties. 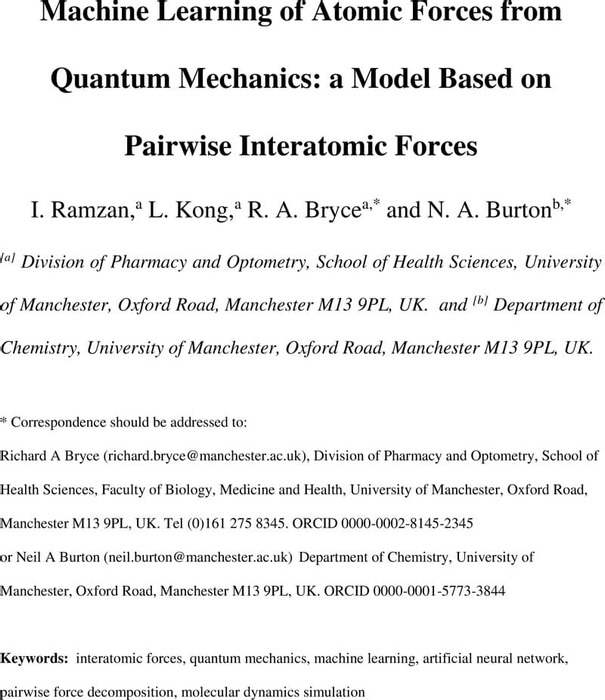 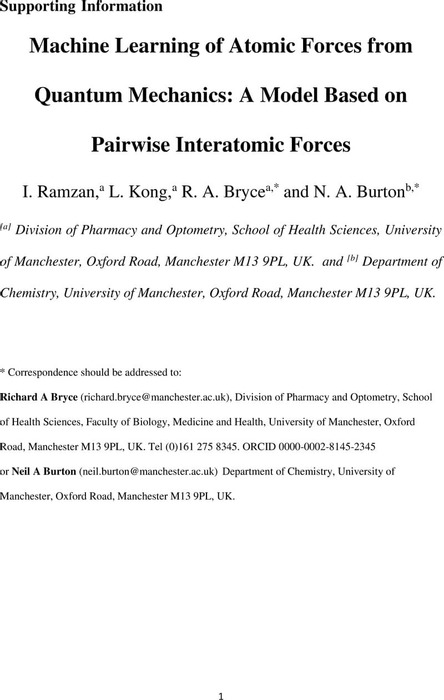 We are encoding your file so that it is compatible across browsers, depending on file size and type this may take some time.
si-bryce-final-chemrxiv