Charged droplets have been associated with distinct chemical reactivity. It is assumed that the composition of the surface layer plays a critical role in enhancing the reaction rates in the droplets relative to their bulk counterparts. We use atomistic modeling to relate the localization of the ions in the surface layer to their ejection propensity. We find that
the ion ejection takes place via a two-stage process. Firstly, a conical protrusion emerges as a result of a global droplet deformation that is insensitive to the locations of single ions. The ions are subsequently ejected as they enter the conical regions. The study provides mechanistic insight into the
ion-evaporation mechanism, which can be used to revise the commonly used ion-evaporation models. We argue that atomistic molecular dynamics simulations of minute nano-drops, do not sufficiently distinguish the ion-evaporation mechanism from a Rayleigh fission. We explain mass spectrometry data on the charge state of small globular proteins and the existence of super-charged droplet states (above the Rayleigh limit) that have been detected in experiments.

More material is to be added. 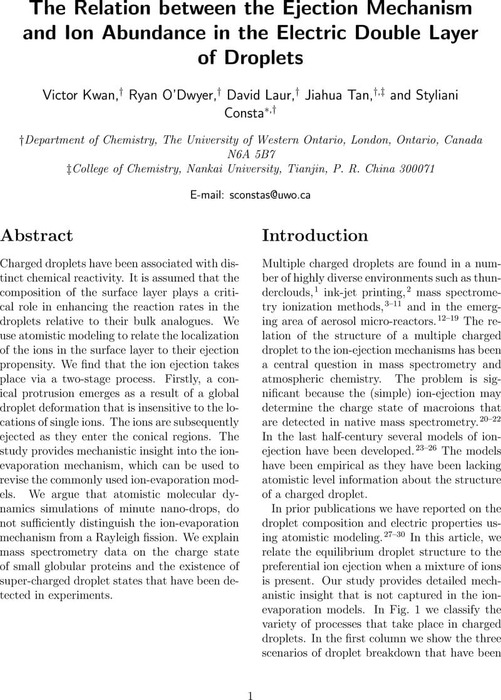 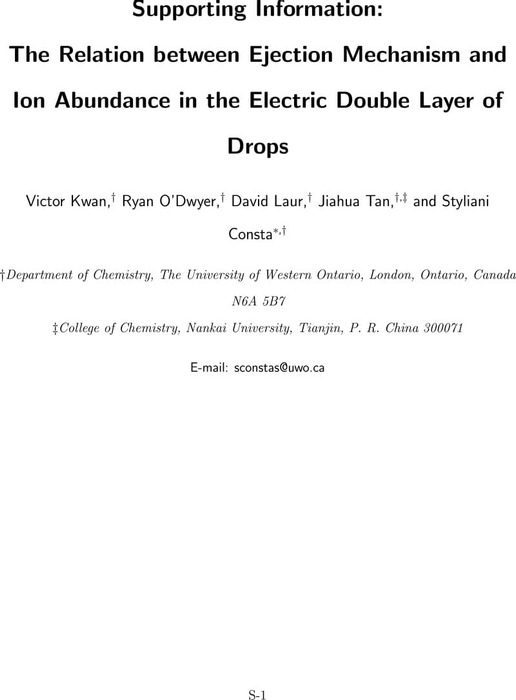 We are encoding your file so that it is compatible across browsers, depending on file size and type this may take some time.
Ions-Supp-Archive-2

The authors have no conflict of interest