The term “spodium bond” (SpB) has been recently proposed for the non-coordinative interaction between a polarised group 12 metal and a mild Lewis base. In most of the systems showing short metal-donor distances, however, SpB coexists with other weak interactions, including hydrogen and halogen bonding. Here we show their mutual importance can be probed by dissecting the orbital component of the interaction through the Natural Orbital for Chemical Valence-Charge Displacement analysis. NOCV-CD gives us straightforward snapshots of relative energies and electrons involved, either for model and “real” adducts, allowing us to demonstrate the lack of a direct correlation between a favourable metal-base distance and the presence of an orbital contribution for the SpB. 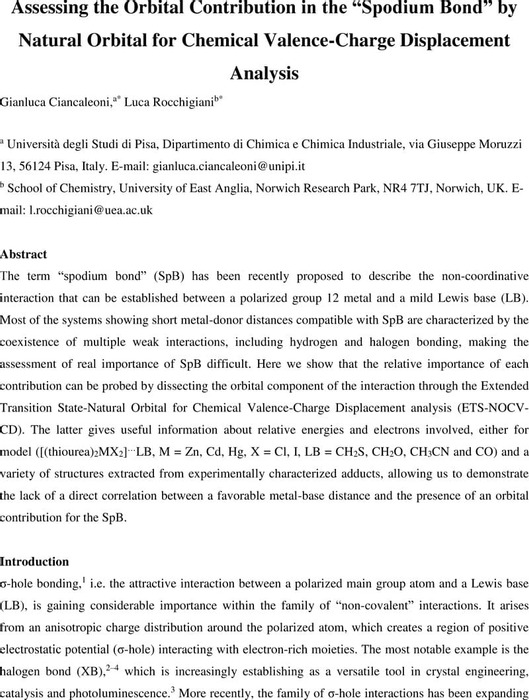 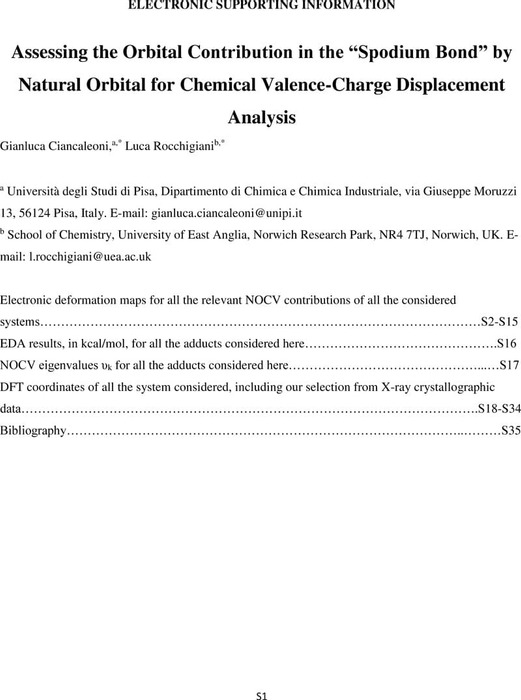 We are encoding your file so that it is compatible across browsers, depending on file size and type this may take some time.
ESIrev