Catalysis by protein tyrosine phosphatases (PTPs) relies on the motion of a flexible protein loop (the WPD-loop) that carries a residue acting as a general acid/base catalyst during the PTP-catalyzed reaction. The orthogonal substitutions of a non-catalytic residue in the WPD-loops of YopH and PTP1B results in shifted pH-rate profiles, from an altered kinetic pKa of the nucleophilic cysteine. Compared to WT, the G352T YopH variant has a broadened pH-rate profile, similar activity at optimal pH, but significantly higher activity at low pH. Changes in the corresponding PTP1B T177G variant are more modest and in the opposite direction, with a narrowed pH profile and less activity in the most acidic range. Crystal structures of the variants show no structural perturbations, but suggest an increased preference for the WPD-loop closed conformation. Computational analysis confirms a shift in loop conformational equilibrium in favor of the closed conformation, arising from a combination of increased stability of the closed state and destabilization of the loop-open state. Simulations identify the origins of this population shift, revealing differences in the flexibility of the WPD-loop and neighboring regions. Our results demonstrate that changes to the pH dependency of catalysis by PTPs can result from small changes in amino acid composition in their WPD-loops affecting only loop dynamics and conformational equilibrium. The perturbation of kinetic pKa values of catalytic residues by non-chemical processes affords a means for nature to alter an enzyme’s pH dependency by a less disruptive path than altering electrostatic networks around catalytic residues themselves. 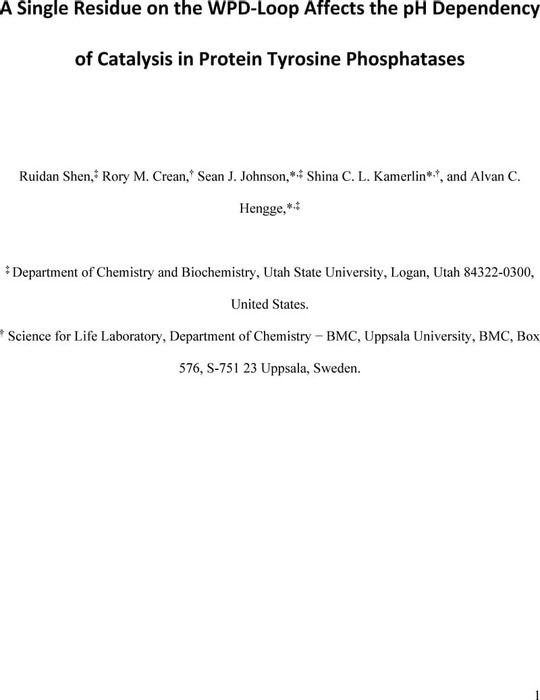 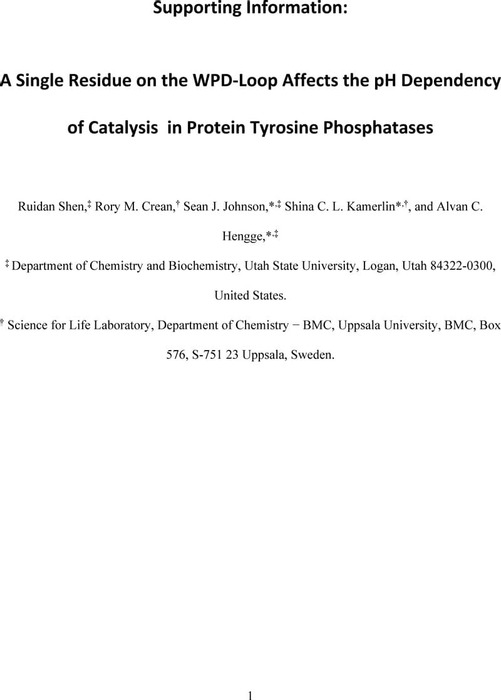 We are encoding your file so that it is compatible across browsers, depending on file size and type this may take some time.
point mutant SI