Simulated body fluids that mimic human blood plasma are widespread media for in-vitro studies in an extensive array of research fields, from biomineralization to surface and corrosion sciences. We show that these solutions undergo dynamic nanoscopic conformational rearrangements on the timescale of minutes to hours, even though they are commonly considered stable or metastable. In particular, we find and characterize nanoscale inhomogeneities made of calcium phosphate (CaP) aggregates that emerge from homogeneous SBF within a few hours and evolve into prenucleation species (PNS) that act as precursors in CaP crystallization processes. These ionic clusters consist of about 2 nm large spherical building units that can aggregate into supra-structures with sizes of over 200 nm. We show that the residence times of phosphate ions in the PNS depend critically on the total PNS surface. These findings are particularly relevant for understanding non-classical crystallization phenomena, in which PNS are assumed to act as building blocks for the final crystal structure. 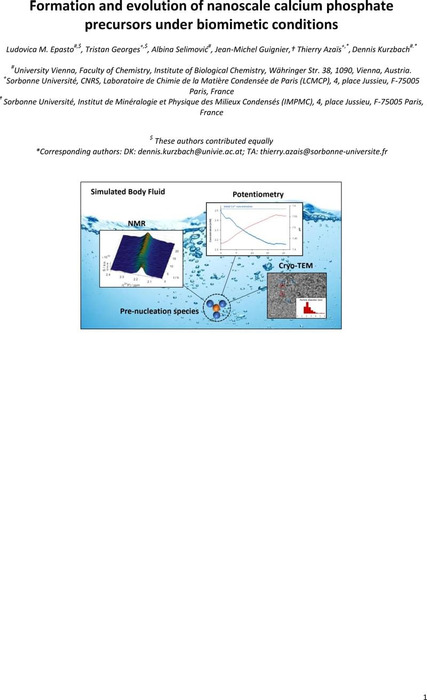 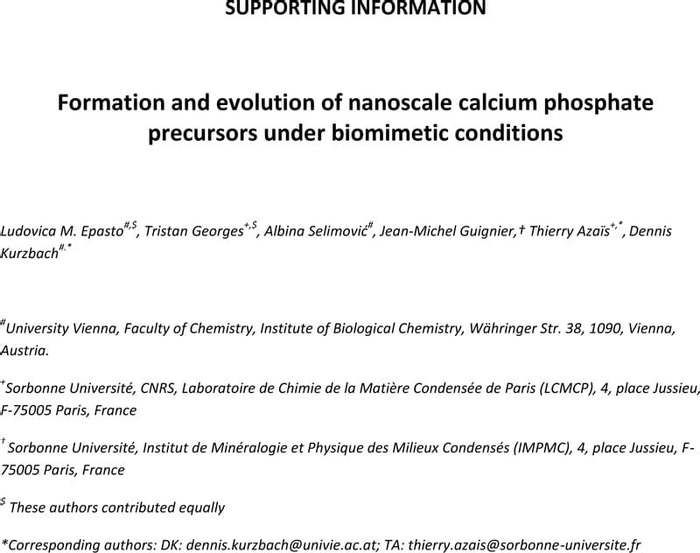 We are encoding your file so that it is compatible across browsers, depending on file size and type this may take some time.
Epasto et al mSBF SI 24-03-21-dk