We present the results of combined classical and QM/MM simulations for the inhibition of SARS-CoV-2 3CL protease by a recently proposed ketone-based covalent inhibitor, PF-00835231, that is under clinical trial. In the noncovalent complex formed after binding into the active site the carbonyl group of this inhibitor is accommodated into the oxyanion hole formed by the NH main chain groups of residues 143 to 145. The P1-P3 groups of the inhibitor establish similar interaction with the enzyme to those of equivalent groups in the natural peptide substrate, while the hydroxymethyl moiety of the inhibitor partly mimics the interactions established by the P1’ group of the peptide in the active site. Regarding the formation of the covalent complex, the reaction is initiated after the proton transfer from Cys145 to His41. Formation of the covalent hemithioacetal complex takes place by means of the nucleophilic attack of the Sg atom of Cys145 on the electron deficient carbonyl carbon atom and a proton transfer from the catalytic His41 to the carbonyl oxygen atom mediated by the hydroxyl group. Our findings can be used as a guide to propose modifications of the inhibitor in order to increase its affinity by the 3CL protease. 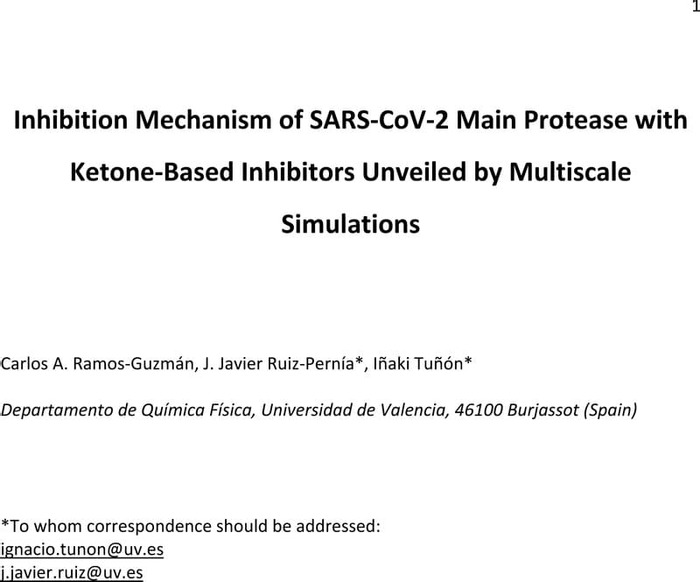 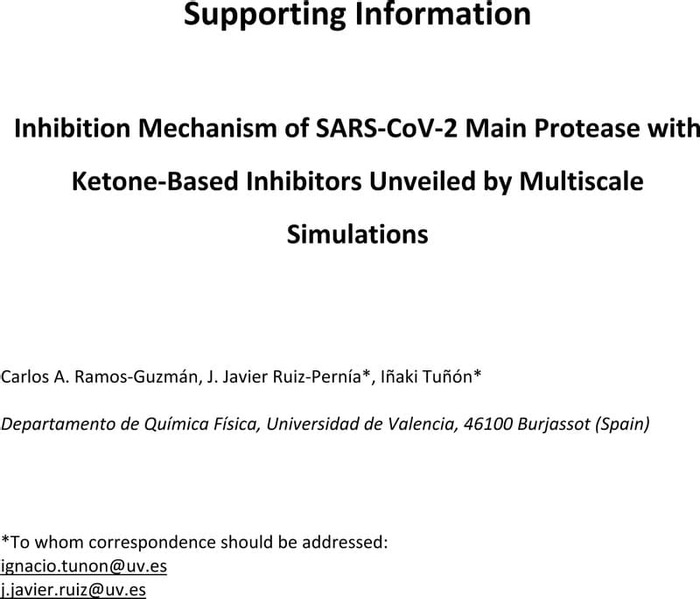 We are encoding your file so that it is compatible across browsers, depending on file size and type this may take some time.
SI ket cx