We investigate the effects of range separation of the exchange energy on electronic ground-state properties for recently published double-hybrid density functionals (DHDFs) with the extensive GMTKN55 database for general main-group thermochemistry, kinetics and noncovalent interactions. We include the semi-empirical range-separated DHDFs ωB2PLYP and ωB2GP-PLYP developed by our group for excitation energies, together with their ground-state-parametrized variants, which we denote herein as ωB2PLYP18 and ωB2GP-PLYP18. We also include the non-empirical range-separated DHDFs RSX-0DH and RSX-QIDH. For all six DHDFs, damping parameters for the DFT-D3 dispersion correction (and for its DFT-D4 variant) are presented. We comment on when the range-separated functionals can be more beneficial than their global counterparts, and conclude that range separation alone is no guarantee for overall improved results. We observe that the BLYP-based functionals generally outperform the PBE-based functionals. We finally note that the best-performing double-hybrid density functionals for GMTKN55 are still the semi-empirical range-separated double hybrids ωDSD3-PBEP86-D4 and ωDSD72-PBEP86-D4, the former of which includes a third-order perturbative correlation term in addition to the more conventional second- order perturbation that DHDFs are based upon. 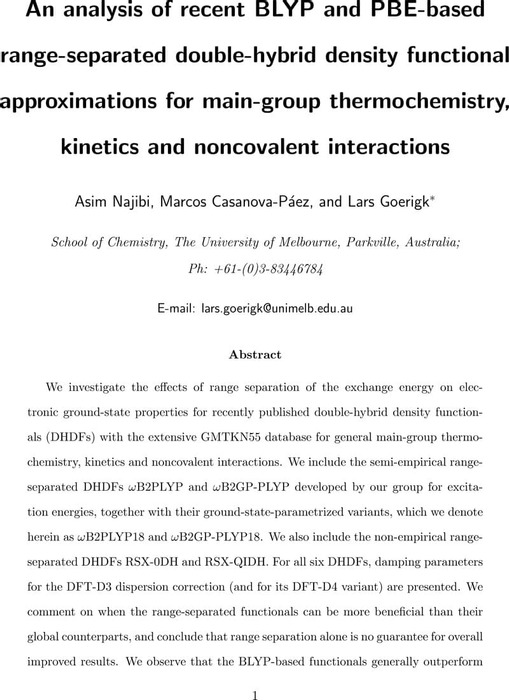 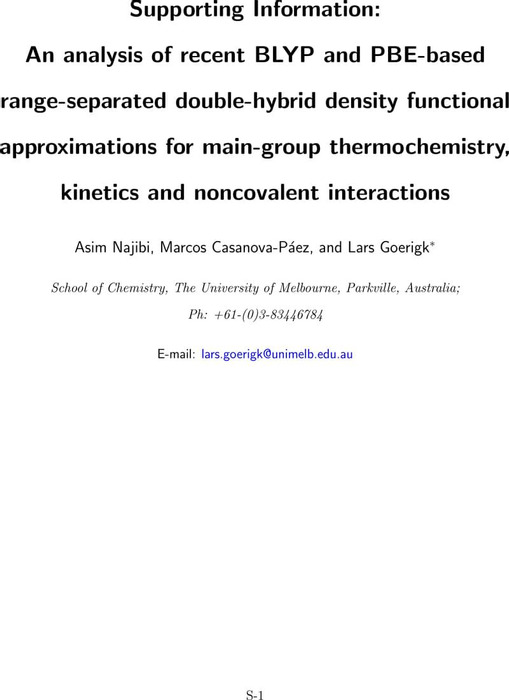 We are encoding your file so that it is compatible across browsers, depending on file size and type this may take some time.
rsdhdfs GMTKN55 SI