Biradical spin probes can provide detailed information about the distances between molecules/regions of molecules because the through-space coupling of radical centres, characterised by J, is strongly distance dependent. However, if the system can adopt multiple configurations, as is common in supramolecular complexes, the shape of the EPR spectrum is influenced not only by J but also the rate of exchange between different states. In practice, it is often hard to separate these variables and as a result, the effect of the latter is sometimes overlooked. To demonstrate this challenge unequivocally we synthesised rotaxane biradicals containing nitronyl nitroxide units at the termini of their axles. The rotaxanes exchange between the available biradical conformations more slowly than the corresponding non-interlocked axles but, despite this, in some cases, the EPR spectra of the axle and rotaxane remain remarkably similar. Detailed analysis allowed us to demonstrate that the similar EPR spectral shapes result from different combinations of J and rates of conformational interconversion, a phenomenon suggested theoretically more than 50 years ago. This work reinforces the idea that thorough analysis must be performed when interpreting the spectra of biradicals employed as spin probes in solution. 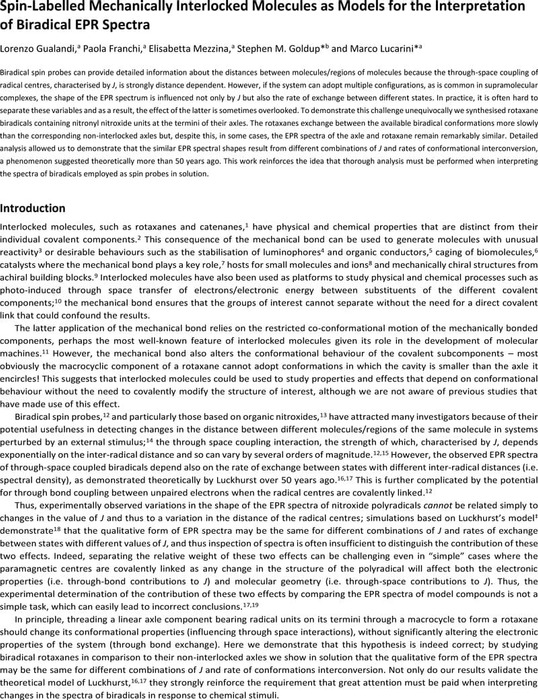