In heterogeneous catalysis, free energy profiles of reactions govern the mechanisms, rates, and equilibria. Energetics are conventionally computed using the harmonic approximation (HA), which requires determination of critical states a priori. Here, we use neural networks to efficiently sample and directly calculate the free energy surface (FES) of a prototypical heterogeneous catalysis reaction—the dissociation of molecular nitrogen on ruthenium—at density functional theory-level accuracy. We find vibrational entropy of surface atoms, often neglected in HA for transition metal catalysts, contributes significantly to the reaction barrier. The minimum free energy path for dissociation reveals an “on-top” adsorbed molecular state prior to the transition state. While a previously reported flat-lying molecular metastable state can be identified in the potential energy surface, it is absent in the FES at relevant reaction temperatures. These findings demonstrate the importance of identifying critical points self-consistently on the FES for reactions that involve considerable entropic effects. 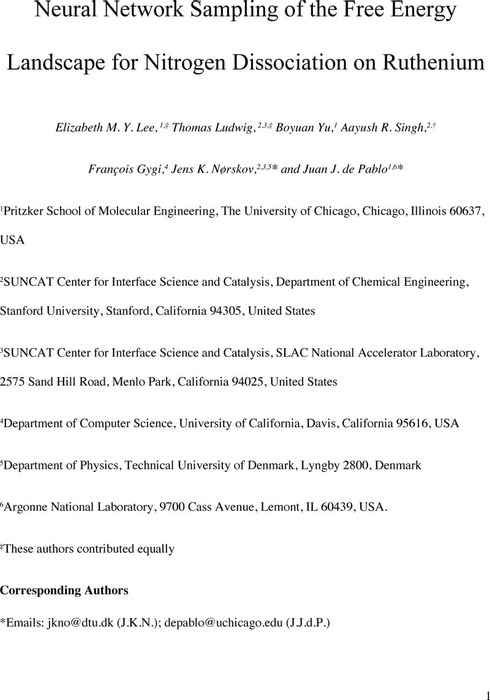