Organic π-conjugated polymers are promising heterogeneous photocatalysts that involve photoredox or energy transfer processes. In such settings, the materials are usually applied in the form of a dispersion in liquid medium, which is bound to certain technological limits of applicability. Herein, we present an innovative approach using carbon nitride thin films prepared via chemical vapor deposition (CVD) at different vessel walls and using them as batch and microfluidic photoreactors. This approach allows not only to fabricate technologically relevant and reusable devices, also photophysical properties of carbon nitride, such as singlet-triplet energy gap and lifetime of triplet excited states, are improved, when the material is assembled in thin films. These morphological changes are employed to maximize performance of the materials in photocatalytic reactions, in which the carbon nitride thin films show at least one orders of magnitude higher activity per area unit compared to photocatalysis using suspended particles. 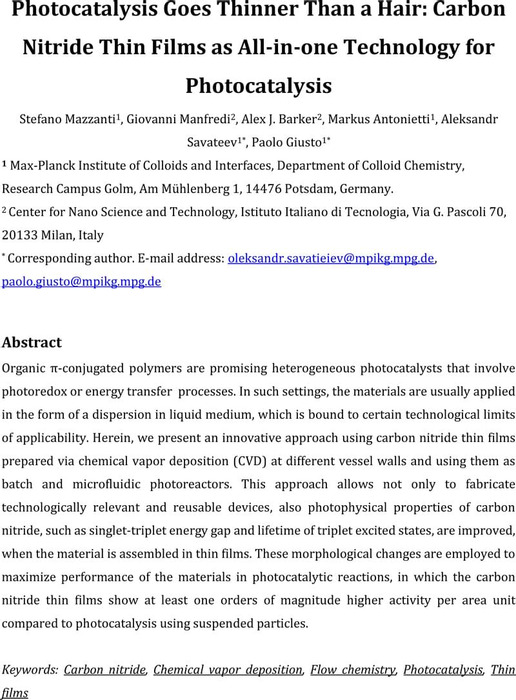 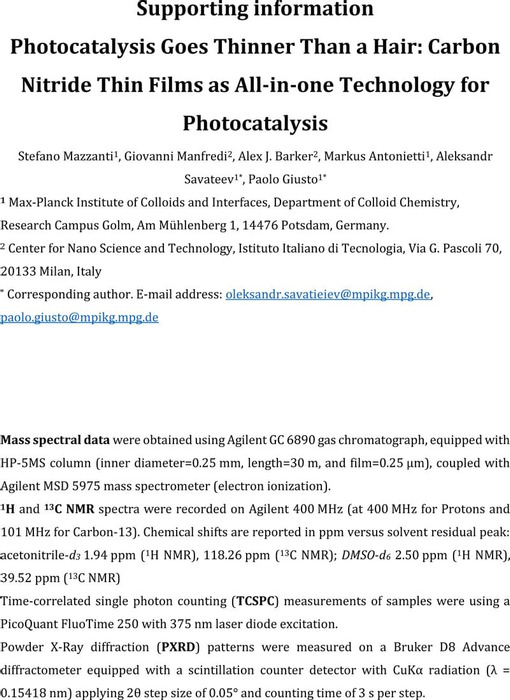 There are no conflict of interest to declare.