Drugs that target human thymidylate synthase (hTS) are widely used in anti-cancer therapy. However, treatment with classical substrate-site-directed TS inhibitors induces its over-expression and the development of drug resistance. We thus pursued an alternative strategy that led to the discovery of TS-dimer disrupters that bind at the monomer-monomer interface and shift the dimerization equilibrium of both the recombinant and the intracellular protein toward the inactive monomers. We performed a structural, spectroscopic and kinetic investigation of the effects of these small molecules andthe best one, E7, accelerates the proteasomal degradation of hTS in cancer cells. E7 showed a superior anticancer profile to fluorouracil in a mouse model of human pancreatic and ovarian cancer. Thus, over sixty years after the discovery of the first TS prodrug inhibitor, fluorouracil, E7 breaks the link between TS inhibition and enhanced expression in response, providing a strategy to fight drug-resistant cancers. 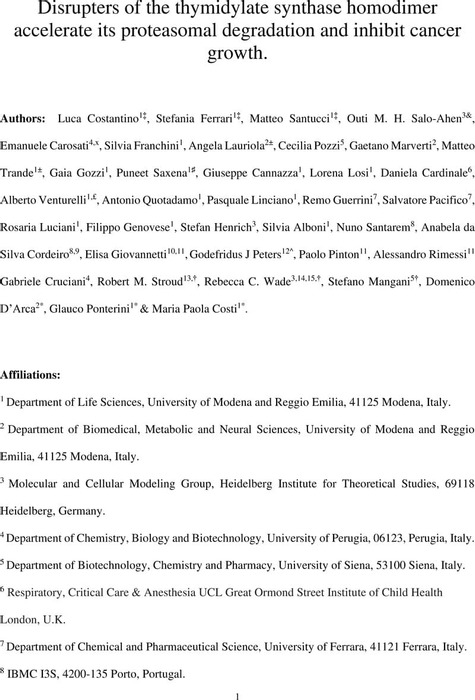 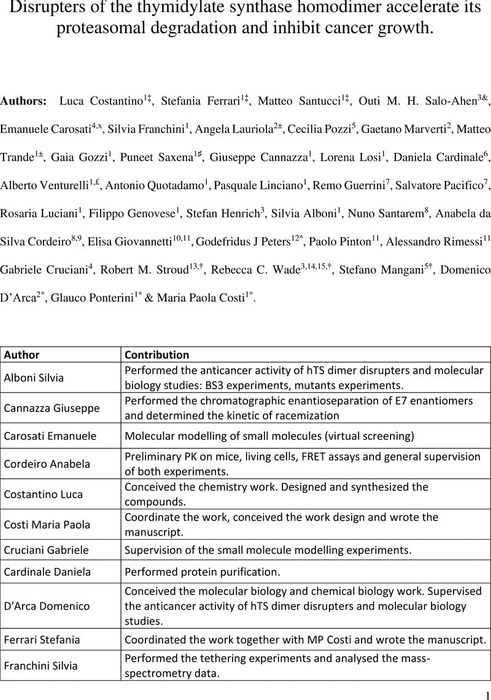 We are encoding your file so that it is compatible across browsers, depending on file size and type this may take some time.
Supplementary TS DimerDisrupters