The oxygen transfer rate (OTR) of dioxygen to solutions describing the transport of oxygen gas from the gaseous phase into the liquid phase of a reaction system over a given period is an important measure for biotechnological applications. The OTRs have already been described for aqueous systems and also recently for organic and non-conventional media, whereas the OTRs of a novel class of solvents, deep eutectic solvents (DESs), have not been determined yet. In this contribution, we report for the first time on the OTRs of choline chloride:ethylene glycol (ChCl:EG, ‘ethaline’) and ethylammonium chloride:ethylene glycol (EAC:EG, ‘ethethylaline’) while using water as a reference. We applied the dynamic measurement method and found up to 11-fold lower volumetric mass transfer coefficient (kLa) for ethaline and 6-fold lower for ethethylaline when compared to water at 25°C. Furthermore, we investigated the effect temperature (35°C and 45°C) has on the kLa for those solvents. 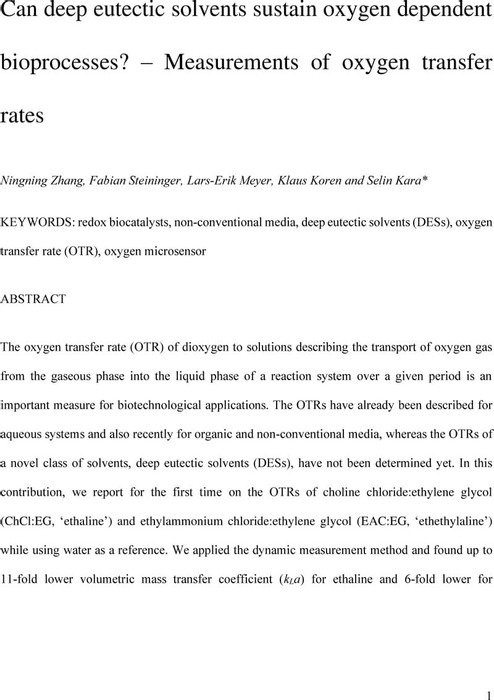 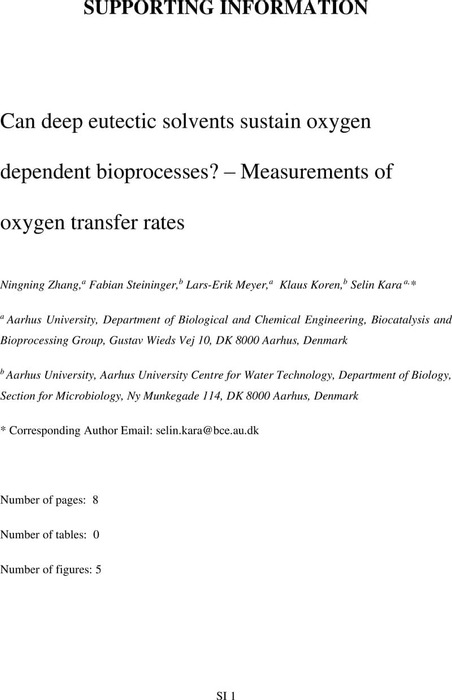 We are encoding your file so that it is compatible across browsers, depending on file size and type this may take some time.
2021-03-03 ChemRxiv SuppInfo