Designing azobenzene photoswitches capable of selective and efficient photoisomerization by long wavelength excitation is a long-standing challenge. Indirect excitation can expand the properties of the photoswitching system beyond the intrinsic limits of azobenzenes. Herein, a rapid Z-to-E isomerization of two ortho-functionalized azobenzenes with near-unity photoconversion was facilitated via triplet energy transfer upon red and near-infrared (up to 770 nm) excitation of porphyrin photosensitizers in catalytic micromolar concentrations. Our results indicate that the whole process of triplet-sensitized isomerization is strongly entropy-driven. This ensures efficient Z-to-E photoswitching even when the azobenzene triplet energy is considerably higher (>200 meV) than for the sensitizer, which is the key for the expansion of excitation wavelengths into the near-infrared spectral range.

This version is a pre-print. 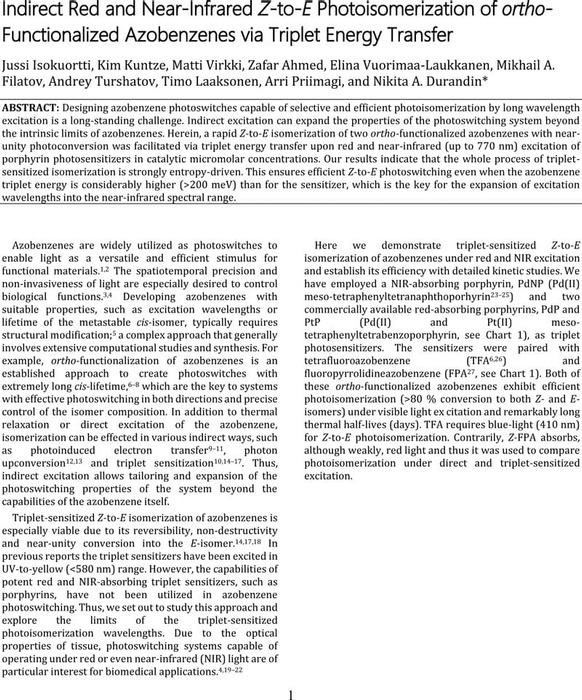 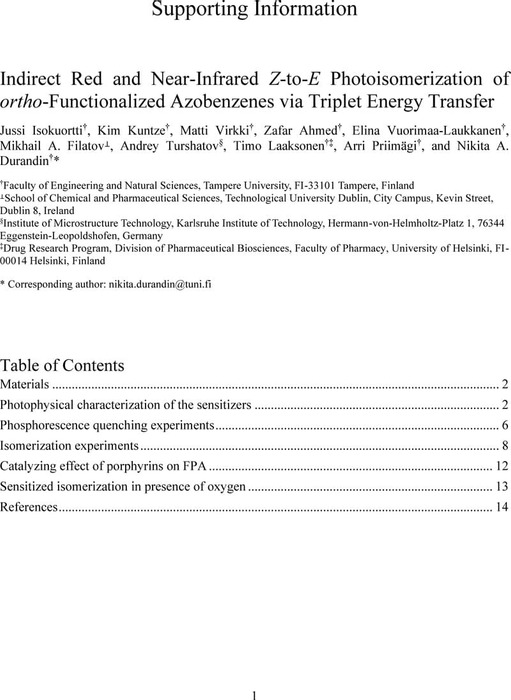 We are encoding your file so that it is compatible across browsers, depending on file size and type this may take some time.
Isokuortti ChemRxiv SI

No conflict of interet to declare.