Progress Towards a Large-Scale Synthesis of Molnupiravir (MK-4482, EIDD-2801) from Cytidine

Molnupiravir (MK-4482, EIDD-2801) is a promising orally bioavailable drug candidate for treatment of COVID-19. Herein we describe a supply-centered and chromatography-free synthesis of molnupiravir from cytidine, consisting of two steps: a selective enzymatic acylation followed by transamination to yield the final drug product. Both steps have been successfully performed on decagram scale: the first step at 200 g, and the second step at 80 g. Overall, molnupiravir has been obtained in a 41% overall isolated yield compared to a maximum 17% isolated yield in the patented route. This route provides many advantages to the initial route described in the patent literature and would decrease the cost of this pharmaceutical should it prove safe and efficacious in ongoing clinical trials. 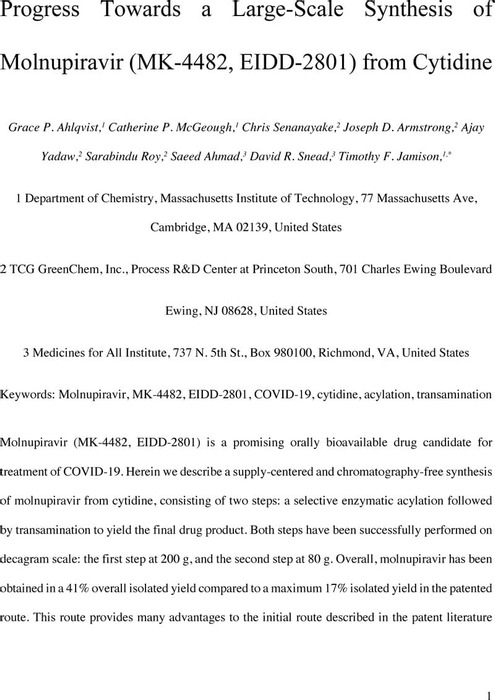 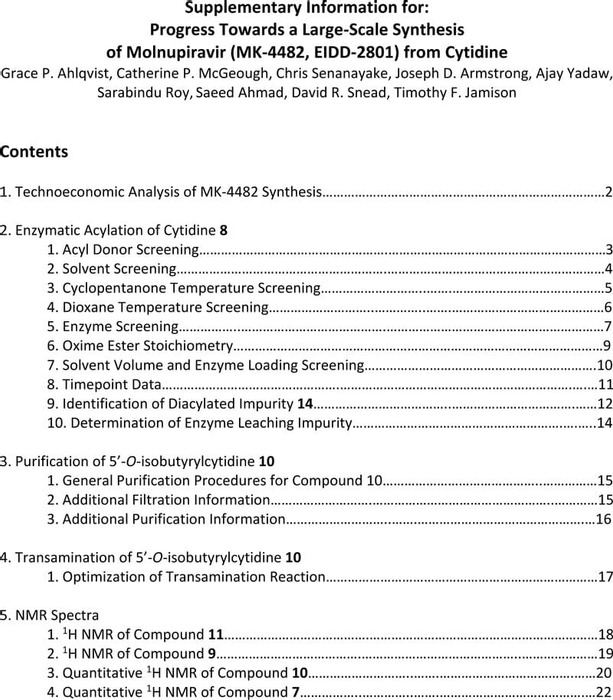 We are encoding your file so that it is compatible across browsers, depending on file size and type this may take some time.
Chemrxiv 2021 SI

No conflicts to declare