Design of an Antioxidant Nitrone Scaffold Based on Plant Pigments

Nitrones derived from natural antioxidants are emerging as highly specific therapeutics against various human diseases, including stroke, neurodegenerative pathologies, and cancer. However, the development of useful pseudo-natural nitrones requires the judicious choice of a secondary metabolite as the precursor. Betalains are nitrogen-containing natural pigments that exhibit marked antioxidant capacity and pharmacological properties and, hence, are ideal candidates for designing multifunctional nitrones. In this work, we describe the semisynthesis and properties of a biocompatible, antioxidant betalain-nitrone called OxiBeet. This bio-based compound is a better radical scavenger than ascorbic acid, gallic acid, and most non-phenolic antioxidants and undergoes concerted proton-coupled electron transfer. The autoxidation of OxiBeet produces a persistent nitroxide radical, which, herein, is studied via electron paramagnetic resonance spectroscopy. In addition, femtosecond transient absorption spectroscopy reveals that excited state formation is not required for the oxidation of OxiBeet. The results are compared with those obtained using betanin, a natural betalain, and pBeet, the imine analog of OxiBeet. The findings of this study will enable the development of antioxidant nitrones based on the novel N-oxide 1,7-diazaheptamethinium scaffold and betalain dyes with enhanced hydrolytic stability in aqueous alkaline media. 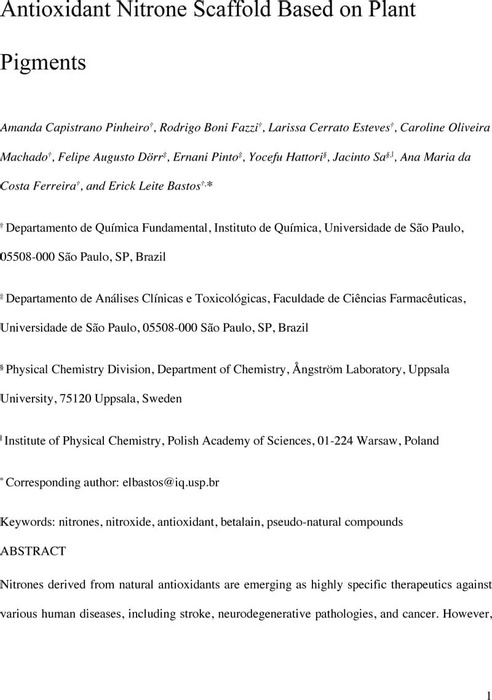 download asset Pinheiro_MS_ChemRxiv_v2.pdf 1 MB [opens in a new tab] cloud_download
pdf : 1 MB
We are encoding your file so that it is compatible across browsers, depending on file size and type this may take some time. 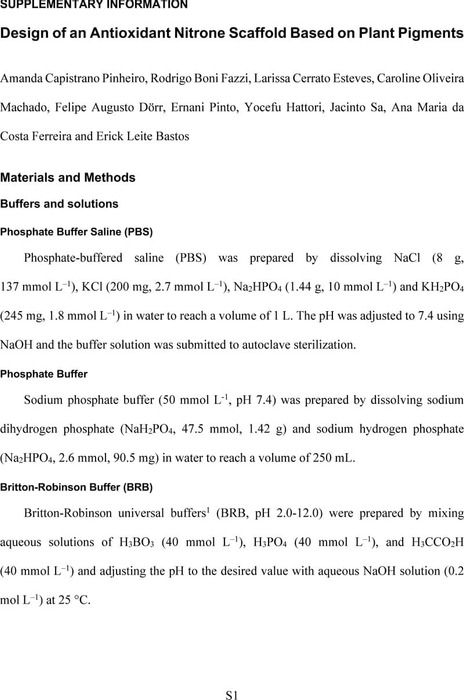 download asset Pinheiro_SI_ChemRxiv.pdf 3 MB [opens in a new tab] cloud_download
pdf : 3 MB
We are encoding your file so that it is compatible across browsers, depending on file size and type this may take some time.
Pinheiro SI ChemRxiv