Genipin, a naturally occurring iridoid, represents an interesting class of reactive dyes. This colorless molecule produces brilliant blue dyes in the presence of primary aliphatic amines. The mechanism behind this unique reaction has been suggested to proceed via an oxidative polymerization reaction, albeit few studies have investigated this process. By utilizing aromatic amines, we demonstrate that the dye absorption properties can be redshifted to form green dyes as opposed to the blue that is most associated with aliphatic amines. Characterization of the green material with gel-permeation chromatography, mass spectrometry, and electrochemical experiments suggest an alternate structure of the dye molecules and led us to revisit the mechanism behind this reaction. Generation of dyes from the reaction of genipin and methylamine or various aniline derivatives revealed the complete absence of polymeric material and instead revealed a material that contains an open-shell configuration as determined by EPR spectroscopy. Herein we report the first findings that dyes formed from the reaction of genipin with amines form persistent radicals that are likely responsible for their vibrant colors, as opposed to the previously suggested polymer formation. 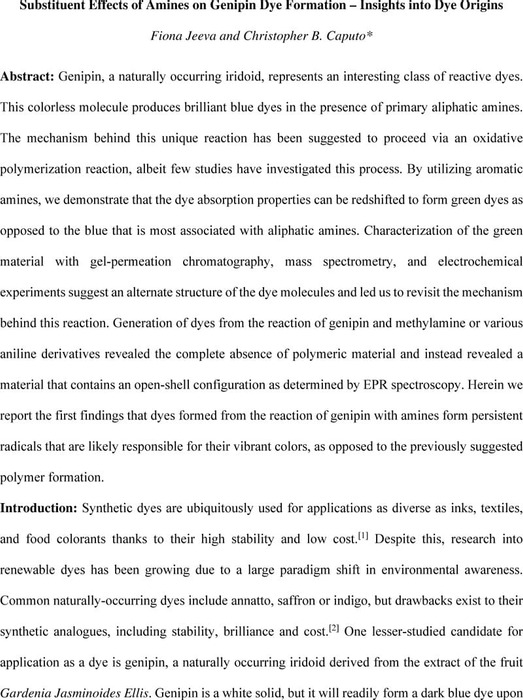 download asset Genipin Dyes ChemRxiv.pdf 0.42 MB [opens in a new tab] cloud_download
pdf : 0.42 MB
We are encoding your file so that it is compatible across browsers, depending on file size and type this may take some time. 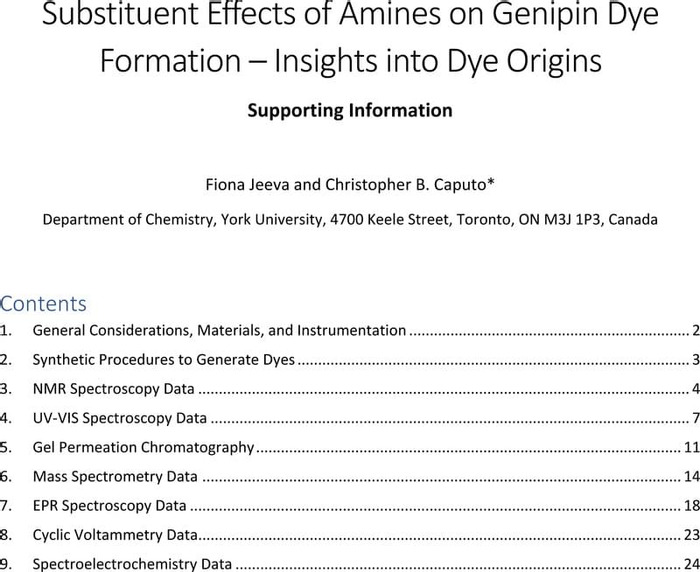