A series of multiple helicenes was simultaneously synthesized in one step by intramolecular cyclization of a single chrysene derivative containing two 2-[(4-alkoxyphenyl)ethynyl]phenyl units accompanied by rearrangements of the aryl pendants. The electrophile-induced double cyclization with or without aryl migrations proceeded efficiently under acidic conditions to afford annulative p-extension of the chrysene units and produced quadruple (QH-2), triple (TH-2), and double (DH-2) helicenes containing [4]- and/or [5]helicene frameworks with dynamic and/or static helicene chirality in one step. Three multiple helicenes’ structures were determined by X-ray crystallography and/or density functional theory calculations. The multiple TH-2 and DH-2 helicenes were separated into enantiomers because of the stable one and two [5]helicene moieties, respectively, and showed intense circular dichroism and circularly polarized luminescence. Although QH-2, which comprises four [4]helicene subunits, was not resolved into enantiomers, the TH-2 enantiomers were further separated into a pair of diastereomers at low temperature resulting from their substituted [4]helicene chirality. 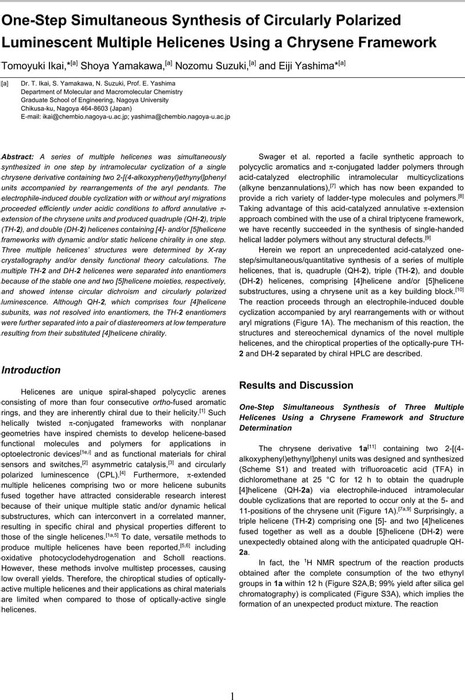 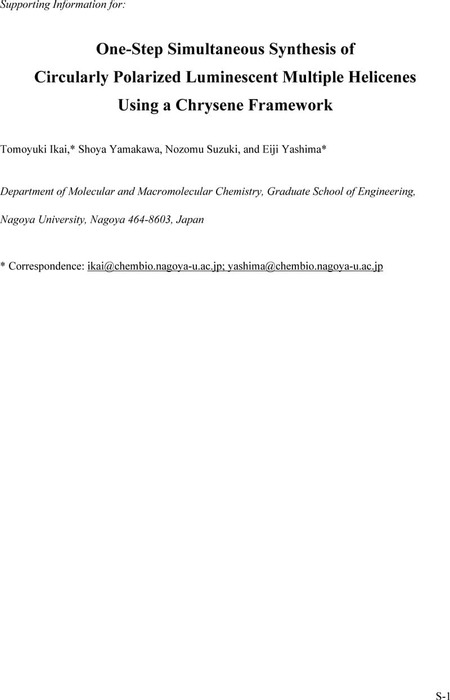 We are encoding your file so that it is compatible across browsers, depending on file size and type this may take some time.
IkaiSI ChemRxiv