Experimental studies have reported the possibility of affecting the growth/dissolution of amyloid fibres by the addition of organic salts of the room-temperature ionic-liquids family, raising the tantalizing prospect of controlling these processes at physiological conditions. The effect of [Tea][Ms] and [Tea][H2PO4] at various concentrations on the structure and stability of a simple model of Aβ42 fibrils has been investigated by computational means. Free energy computations show that both [Tea][Ms] and [Tea][H2PO4] decrease the stability of fibrils with respect to isolated peptides in solution, and the effect is significantly stronger for [Tea][Ms]. The secondary structure of fibrils is not much affected, but single peptides in solution show a marked decr
ease in their $\beta$-strand character, and an increase in
$\alpha$-propensity, again especially for [Tea][Ms]. These observations, consistent with the experimental picture, can be traced to two primary effects, i.e., the different ionicity of the [Tea][Ms] and [Tea][H2PO4] water solutions, and the remarkable affinity of peptides for [Ms]^- anions, due to a multiplicity of H-bonds. 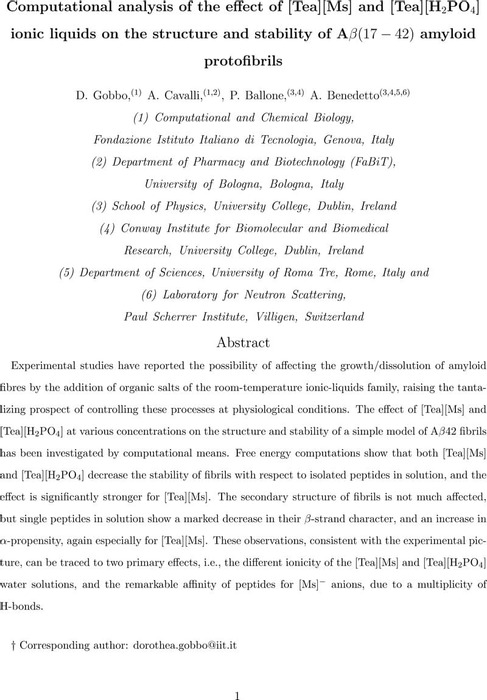 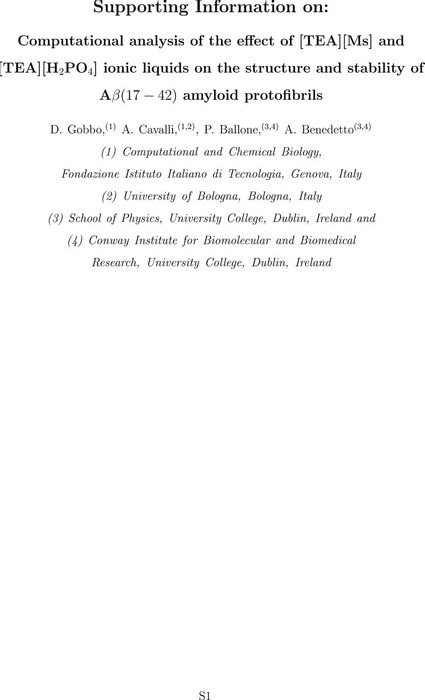