We use cookies to distinguish you from other users and to provide you with a better experience on our websites. Close this message to accept cookies or find out how to manage your cookie settings. Learn more about our Privacy Notice... [opens in a new tab]
Energy
search

Knowledge of electrolyte transport and thermodynamic properties in Li-ion and ”beyond Li-ion” technologies is vital for their continued development and success. Here, we present a method for fully characterising electrolyte systems. By measuring the electrolyte concentration gradient over time via operando Raman microspectroscopy, in tandem with potentiostatic electrochemical impedance spectroscopy, the Fickian ”apparent” diffusion coefficient, transference number, thermodynamic factor, ionic conductivity and resistance of charge-transfer were quantified within a single experimental setup. Using lithium bis(fluorosulfonyl)imide (LiFSI) in tetraglyme (G4) as a model system, our study provides a visualisation of the electrolyte concentration gradient; a method for determining key electrolyte properties, and a necessary technique for correlating intermolecular electrolyte structure with the described transport and thermodynamic properties. 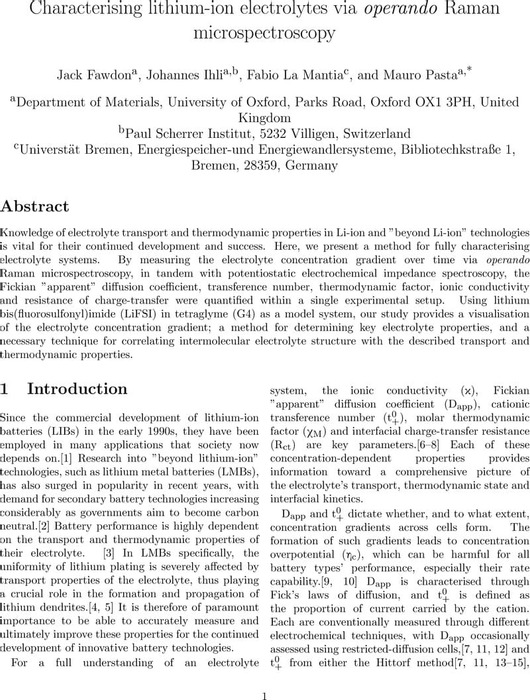 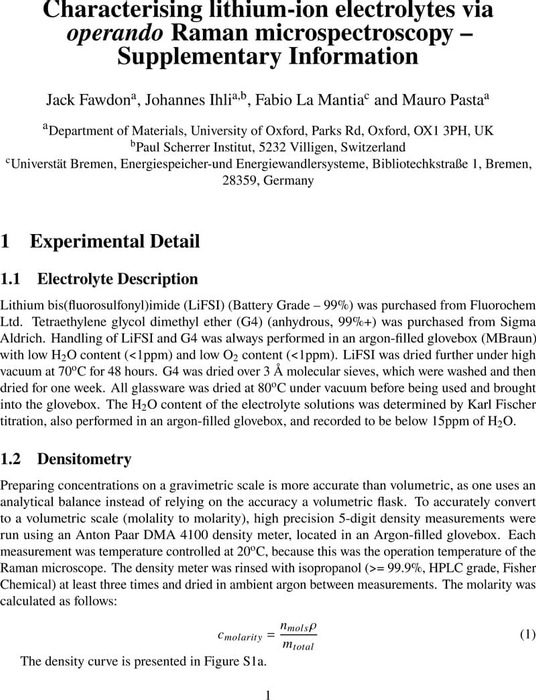 We are encoding your file so that it is compatible across browsers, depending on file size and type this may take some time.
Characterising lithium-ion electrolytes via operando Raman microspectroscopy Supporting Information