The structure-based design of constrained alpha-helical peptides derived from the viral suppressor of RNA silencing TAV2b is described. We observe that the introduction of two inter-side chain crosslinks provides peptides with increased alpha-helicity and protease stability. One of these modified peptides (B3) shows high affinity for different double-stranded RNA structures including a palindromic siRNA as well as microRNA-21 and its precursor pre-miR-21. Notably, B3 binding to pre-miR-21 inhibits Dicer processing in a biochemical assay. As a further characteristic this peptide also exhibits cellular entry. 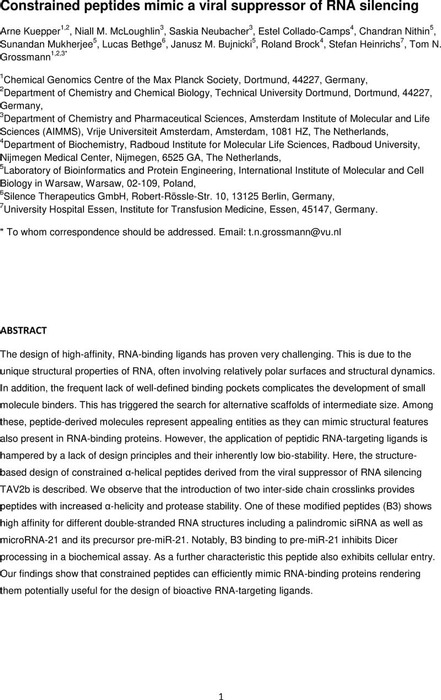 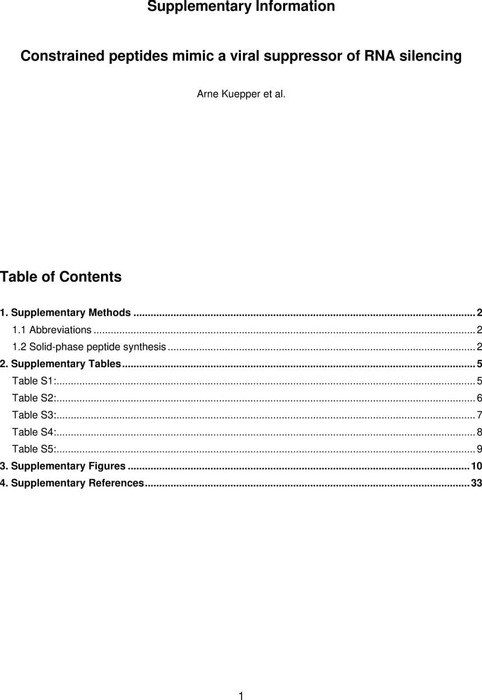 We are encoding your file so that it is compatible across browsers, depending on file size and type this may take some time.
20 12 03 SI ChemRxiv