Catalysis is an essential function in living systems and provides a way to control complex reaction networks. In natural out-of-equilibrium chemical reaction networks (CRNs) driven by the consumption of chemical fuels, enzymes provide catalytic control over pathway kinetics, giving rise to complex functions. Catalytic regulation of man‑made fuel‑driven systems is far less common and mostly deals with enzyme catalysis instead of synthetic catalysts. Here, we show via simulations, illustrated by literature examples, how any catalyst can be incorporated in a non-equilibrium CRN and what their effect is on the behavior of the system. Alteration of the catalysts’ concentrations in batch and flow gives rise to responses in product yield, lifetime and steady states. In-situ up or downregulation of catalysts’ levels temporarily changes the product steady state, whereas feedback elements can give unusual concentration profiles as a function of time and self-regulation in a CRN. We show that simulations can be highly effective in predicting CRN behavior and mapping parameter space, for complex processes that can proceed counterintuitively. In the future, shifting the focus from enzyme catalysis towards small molecule and metal catalysis in out-of-equilibrium systems can provide us with new reaction networks and enhance their application potential in synthetic materials, overall advancing the design of man‑made responsive and interactive systems. 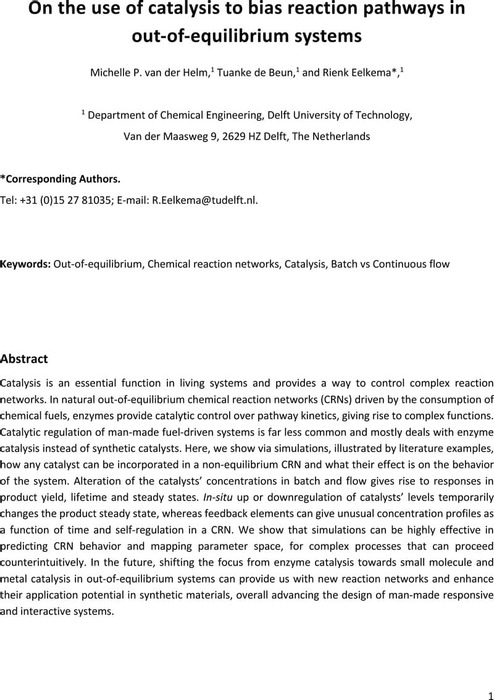 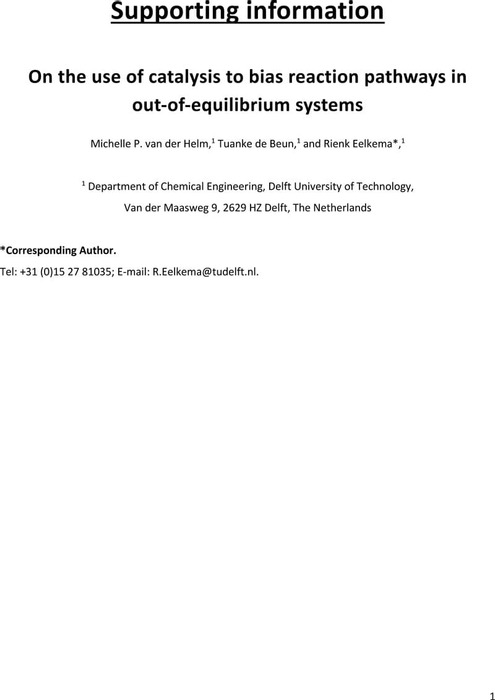 We are encoding your file so that it is compatible across browsers, depending on file size and type this may take some time.
Perspective paper SI final