Although many impressive metallo-supramolecular architectures have been reported, they tend towards high symmetry structures and avoid extraneous functionality to ensure high-fidelity in the self-assembly process. This minimalist approach, however, limits the range of accessible structures and thus their potential applications. Herein is described a late stage diversification strategy towards ligand scaffolds that are both low symmetry and incorporate exohedral functional moieties. Key to this design is the use of CuAAC chemistry, as the triazole is capable of acting as both a coordinating heterocycle and a tether between the ligand framework and functional unit simultaneously. In this manner a common precursor was used to generate ligands with various functionalities, allowing control of electronic properties, whilst maintaining the core structure of the resultant cis-Pd2L4 nanocage assemblies. The isostructural nature of the scaffold frameworks enabled formation of combinatorial libraries from the self-assembly of ligand mixtures, generating multi-functional, low-symmetry architectures. 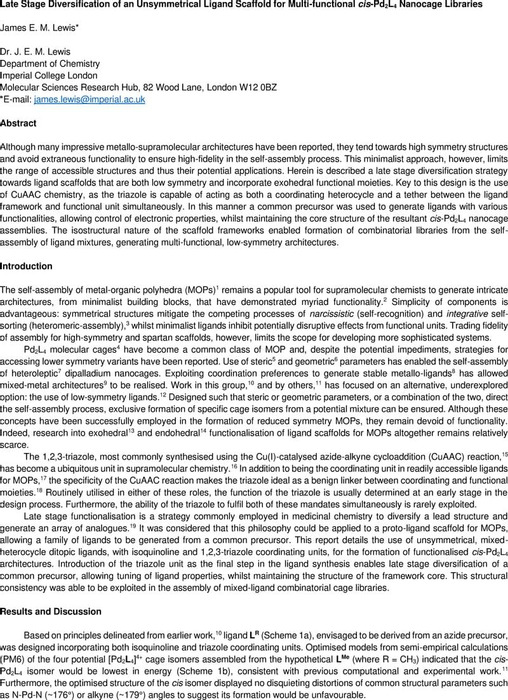 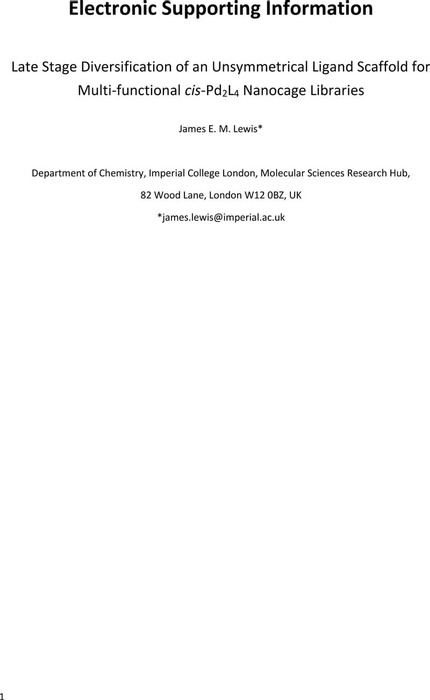 We are encoding your file so that it is compatible across browsers, depending on file size and type this may take some time.
LewisNov2020SupportingInformation