To date, multiple mechanisms have been described for the growth and division of model protocells, all of which exploit the cumulative, unidirectional movement of lipids. The aggregate that is more complex grows at the expense of the smaller or less complex aggregate. Imbalances between surface area and volume during growth can generate filamentous vesicles which are typically divided by shear forces. Here we describe another pathway for growth and division that depends simply on differences in composition of fatty acid membranes. Growth is driven by the entropically-favored mixing of lipids between two populations. Division is the result of growth-induced curvature. Importantly, growth and division are cyclic and bidirectional, meaning that vesicles made from one type of lipid, e.g. short-chain fatty acids, grow and divide when fed with vesicles consisting of another type of lipid, e.g. long-chain fatty acids, and vice versa. After equilibration, additional rounds of growth and division are possible through the addition of compositionally distinct vesicles. Since prebiotic synthesis likely gave rise to mixtures of lipids, the data are consistent with the presence of growing and dividing protocells on the prebiotic Earth. 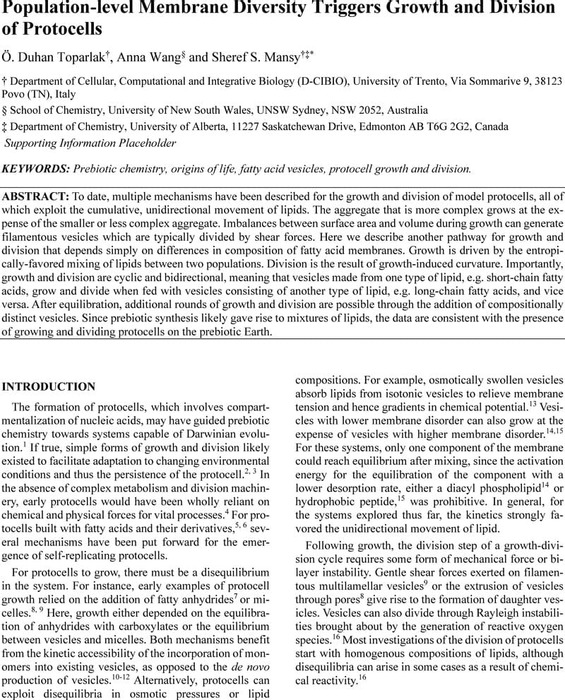 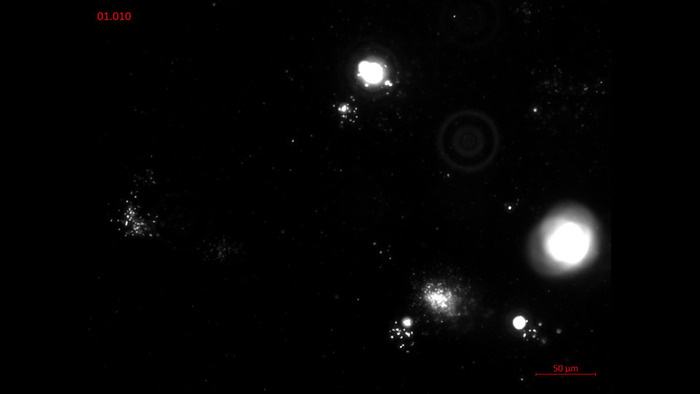 We are encoding your file so that it is compatible across browsers, depending on file size and type this may take some time.
Movie S2 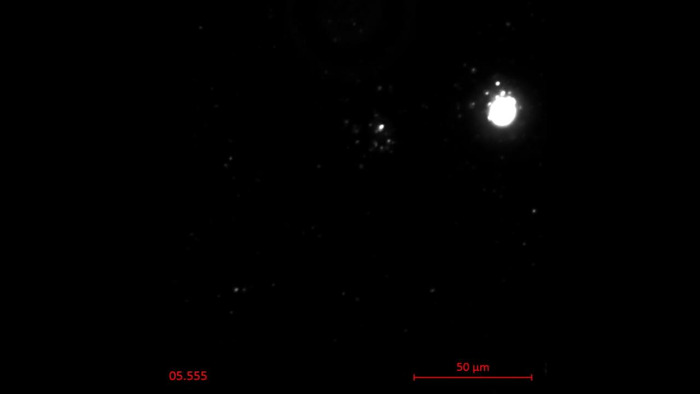 We are encoding your file so that it is compatible across browsers, depending on file size and type this may take some time.
Movie S1