Pentaminomycins F-H, a group of three new hydroxyarginine-containing cyclic pentapeptides, were isolated from cultures of a Streptomyces cacaoi subsp. cacaoi strain along with the known pentaminomycins A-E. The structures of the new peptides were determined by a combination of mass spectrometry and NMR and Marfey's analyses. Among them, pentaminomycins F and G were shown to contain in their structures the rare amino acid 3-(2-pyridyl)-alanine. This finding represents the first reported example of non-ribosomal peptides containing this residue. The LDLLD chiral sequence found for the three compounds was in agreement with that reported for previously isolated pentaminomycins and consistent with the epimerization domains present in the putative non-robosomal peptide synthetase (NRPS) biosynthetic gene cluster. 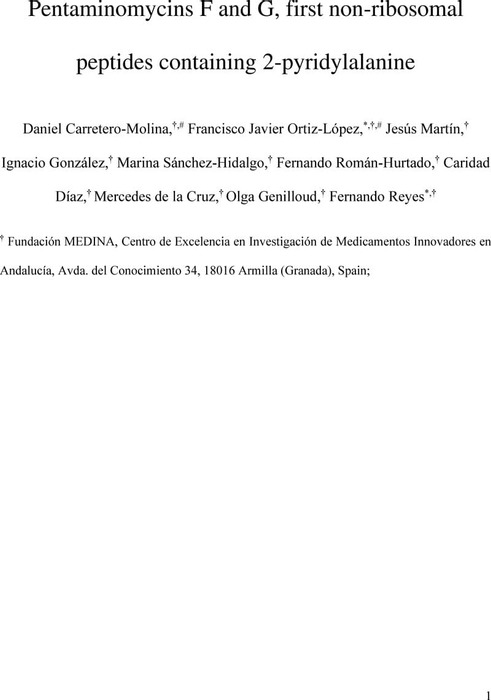 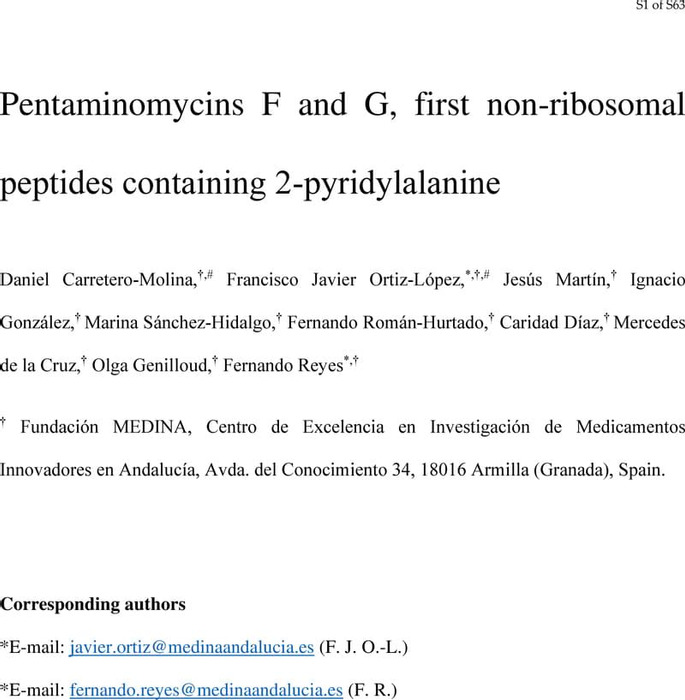 We are encoding your file so that it is compatible across browsers, depending on file size and type this may take some time.
Supporting Info Pentaminomycins ChemRxiv