The prelude to the origin of cellular life on Earth would have involved a fundamental step, that of protocell formation. This involves the coming together of two crucial processes; abiotic synthesis of informational and catalytic polymers, and the assembly of membrane compartments. Mutual interactions between these processes would have likely affected the emergence and early stages of protocell evolution. Previous investigations have predominantly focused on cooperative interactions, often neglecting any competitive behavior that might ensue as ‘counterproductive cross-talk’. However, in a realistic scenario, both cooperative and competitive reactions would have occurred simultaneously in a complex prebiotic soup, generating a plethora of chemical species with their own prebiotic implications. In this study, we followed a systematic and unbiased approach to explore this interdependence. We used a lipid-amino acid system to demonstrate the above-mentioned phenomenon wherein we investigated the effect of a membrane-forming amphiphile on peptide synthesis, under prebiotically plausible conditions.

Interestingly, our study shows the formation of a hitherto unobserved reaction product that could have played a significant role during the emergence of life on the early Earth. We do show that peptide synthesis occurs but with a decrease in the yield. This is due to another concurrent and competing reaction, wherein an amino acid covalently interacts with a phospholipid to generate new amphiphilic species called N-acyl amino acids (NAAs) via an ester-amide exchange process. These NAAs are thermostable and, hence, persistent even at high temperatures. Furthermore, this protoamphiphile is also able to self-assemble into vesicles at acidic pH. Au contraire, fatty acids, a widely accepted constituent of prebiotic compartments, have been shown to generate vesicles only at neutral to alkaline pH. Thus, NAAs could have had a selective advantage over fatty acids to form thermostable protocell compartments under acidic geothermal pool-like conditions, a niche that has gained prominence as one of the important geological settings where life could have originated. Our study underlines the importance of an unbiased exploration of the complex interactions between prebiotic processes, which could potentially open new avenues to solving the origin of life conundrum. 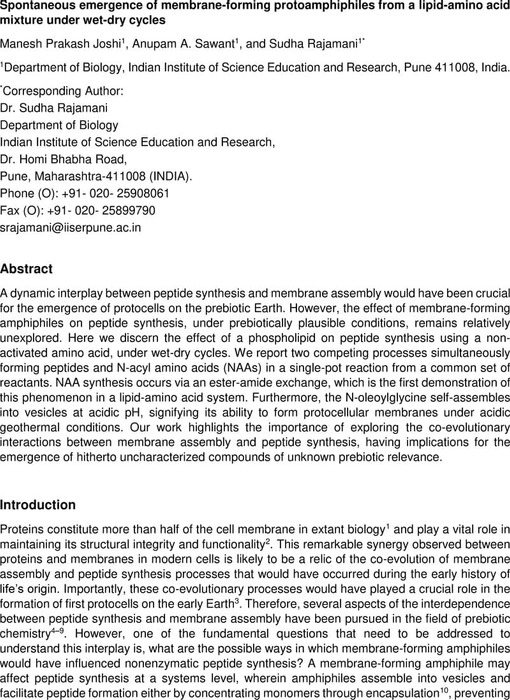 download asset Joshi et al_Main manuscript_ChemRxiv.pdf 1 MB [opens in a new tab] cloud_download
pdf : 1 MB
We are encoding your file so that it is compatible across browsers, depending on file size and type this may take some time. 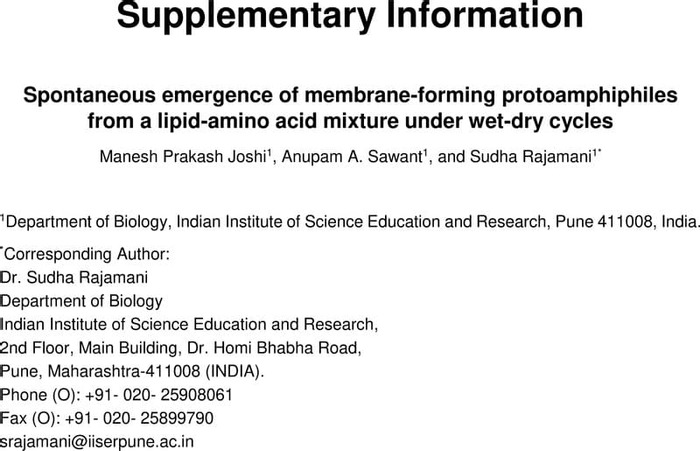 download asset Joshi et al_Supplementary Info_ChemRxiv.pdf 2 MB [opens in a new tab] cloud_download
pdf : 2 MB
We are encoding your file so that it is compatible across browsers, depending on file size and type this may take some time.
Joshi et al Supplementary Info ChemRxiv 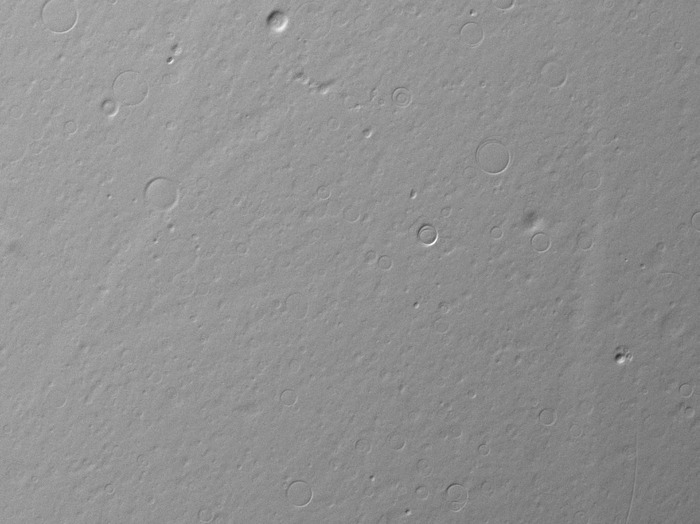 download asset Supplementary Movie 1.avi 58 MB [opens in a new tab] cloud_download
avi : 58 MB
Play Video
We are encoding your file so that it is compatible across browsers, depending on file size and type this may take some time.
Supplementary Movie 1