Understanding the Solid-State Assembly of Pharmaceutically-Relevant N,N-Dimethyl-O-Thiocarbamates in the Absence of Labile Hydrogen Bonds

There are many pharmaceutical compounds that do not contain N-H, O-H, and S-H hydrogen-bond donor functional groups. Some of these compounds are N,N-disubstituted O-thiocarbamates which exhibit desirable medicinal properties, yet the study of these important molecules in the solid-state has been relatively unexplored. Herein, we report the synthesis and analysis of a series of N,N-dimethyl-O-thiocarbamates, and use X-ray diffraction techniques to gain insight into how these molecules self-assemble in the solid-state and discern certain packing patterns. It was observed that the aryl-thiocarbamate C-O bonds are twisted such that the planar aryl and carbamate moieties are orthogonal. Such a non-planar molecular geometry affects the way the molecules pack and crystal structure analyses revealed four general modes in which the molecules can associate in the solid-state, with some members of the series displaying isostructural relationships. The crystal structure of a well-known yet unreported O-thiocarbamate drug, Tolnaftate, is also reported. Additionally, Hirshfeld surface analysis was also performed on these compounds as well as several related O-thiocarbamates in the literature. 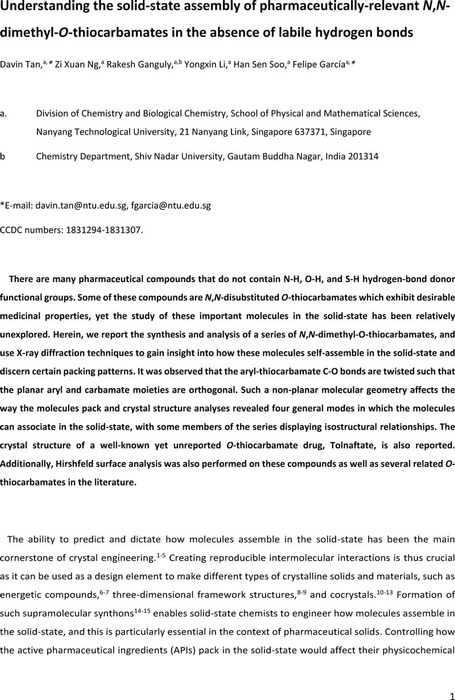 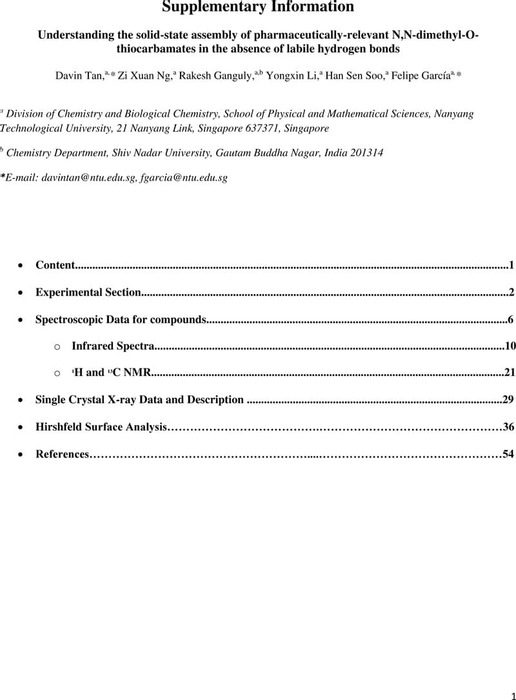 We are encoding your file so that it is compatible across browsers, depending on file size and type this may take some time.
ESI