Modern medical science has been greatly advanced by the development of new drugs, despite the fact that the process of developing new drugs is costly and time-consuming. An accurate prediction method for the drug-likeness in the early stage of drug discovery is highly desirable, as it will facilitate the discovery process and reduce the overall cost and eventually contribute to human well-being. Based on a central nervous system (CNS) drug dataset, we constructed an artificial neural network (NN) to predict the CNS drug-likeness of a given bioactive compound. We first constructed a simple feed-forward neural network, to learn and predict the possible correlations between twelve physiochemical properties and the CNS drug-likeness. The accuracy of prediction has reached 80%, which has been improved from previous reports. We further constructed a neural network based on chemical structure, and the accuracy has increased to 86%. The successful prediction of the CNS drug-likeness renders this NN a powerful tool for virtual drug screening. 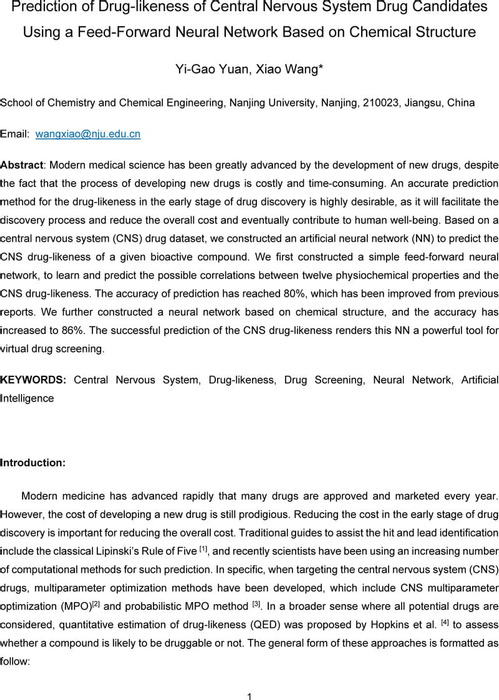