Inspired by the analysis of Kohn-Sham energy densities by Nakai et al, we extended the energy density analysis to linear-response time-dependent density functional theory (LR-TDDFT) calculations. Using ethylene-tetrafluoroethylene and oxyluciferin–water complexes as examples, distinctive distribution patterns were demonstrated for the excitation energy densities of local excitations (within a molecular fragment) and charge-transfer excitations (between molecular fragments). It also provided a simple way to compute the effective energy of both hot carriers (particle and hole) from charge-transfer excitations via an integration of the excitation energy density over the donor
and acceptor grid points. 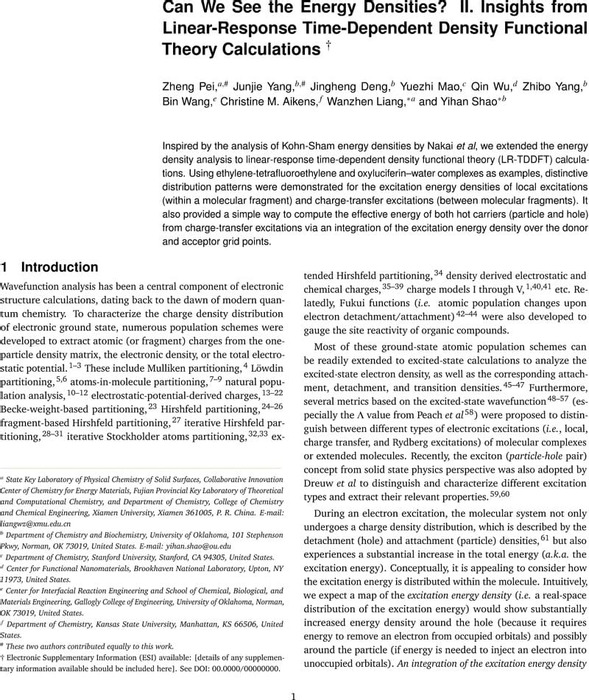