Counterfeit production of polymer identity cards poses a significant economic cost to society and a threat to national security. Identifying these counterfeits is a challenge for ‘frontline’ personnel who lack training in specialised document examination. This study investigates the use of attenuated total reflectance Fourier Transform infrared (ATR-FTIR) spectroscopy with chemometrics as a potential approach to assessing polymer card authenticity. In situ analysis of several cards found that differentiation could be achieved based on the core polymer composition. A chemometric model was thus built for three driver’s licence series produced in Western Australia and tested using a separate set of seven licences. The majority of test samples were correctly matched to the series of issue, with atypical samples recognisable based on their discriminant values. Synchrotron FTIR imaging revealed that differentiation between each series was possibly related to the adhesive used between the core layers. The approach presented in this work has the potential to be developed as a rapid screening method to identify suspect polymer cards warranting further examination. 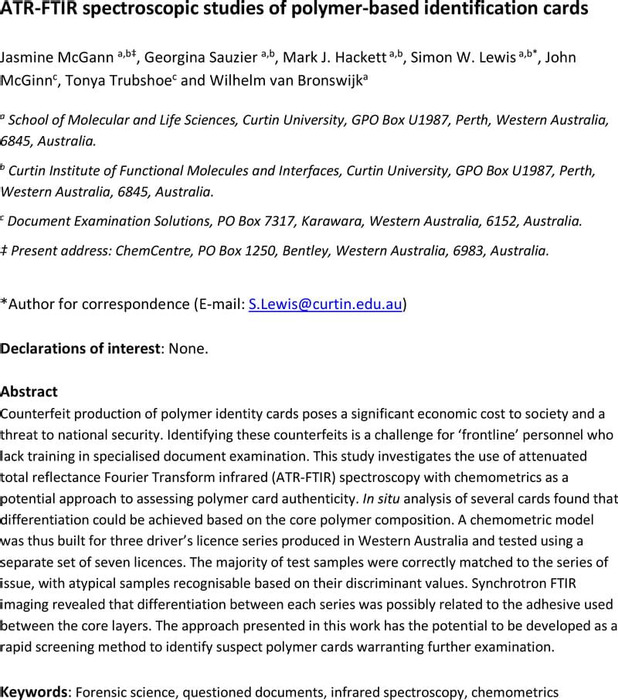 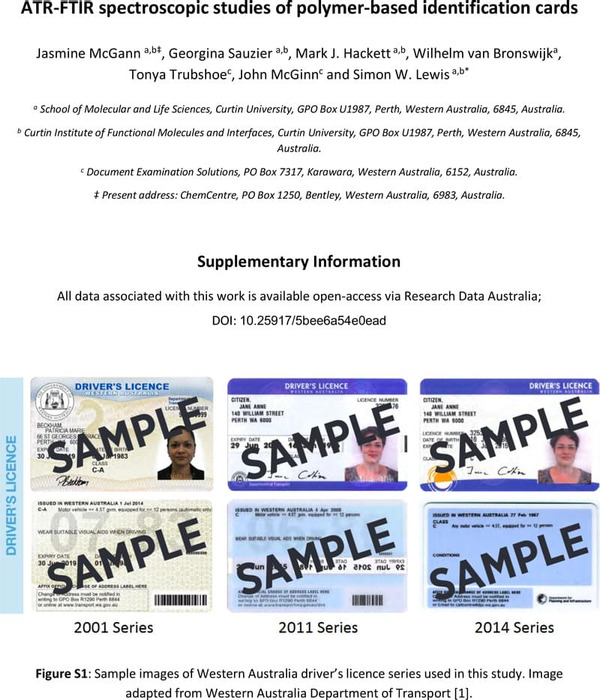 We are encoding your file so that it is compatible across browsers, depending on file size and type this may take some time.
IDCards ATR ESI

We are encoding your file so that it is compatible across browsers, depending on file size and type this may take some time.
IDCards ATR GraphicalAbstract