Computational methods were utilized to study the formation of a dimeric neopentylpalladium(II) amido complex (D). The dimeric core of D contains asymmetric bridging of the anilide groups. Electron density analyses indicate that each palladium center of D forms a dative bond to the nitrogen trans to the coordinated phosphine, while the bond to the nitrogen cis to the phosphine lies closer to the covalent regime. Analysis of the structure of D was corroborated by study of the frontier orbitals and the energetics of dimerization. D was likely generated by the monomers with cis P,N configuration rather than those with trans P,N configuration, which is an important side reaction that inhibits the desired C–N bond coupling. Calculations further revealed the critical importance of dispersion interactions upon dimerization and suggested one possible dimeric isomer Q. 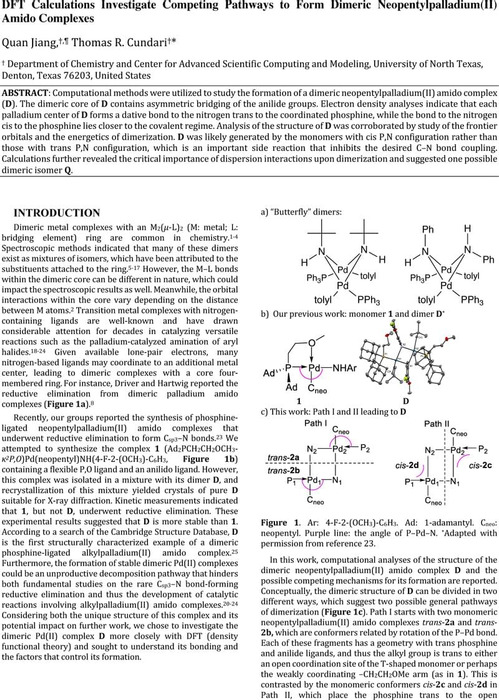 download asset Pd_ChemRxiv_20200808.pdf 1 MB [opens in a new tab] cloud_download
pdf : 1 MB
We are encoding your file so that it is compatible across browsers, depending on file size and type this may take some time. 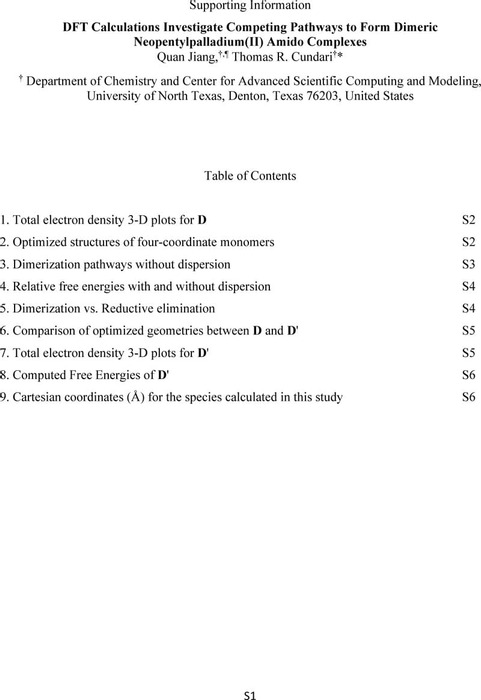