The oxygen evolution reaction (OER) is an essential anodic reaction in many energy storage processes. OER is most often proposed to occur via a mechanism involving four consecutive proton-coupled electron transfer (PCET) steps, which imposes a performance limit due to the scaling relationship of various oxygen intermediates. A bifunctional OER mechanism, in which the energetically demanding step of the attack of hydroxide on a metal oxo unit is facilitated by a hydrogen atom transfer to a second site, has the potential to circumvent the scaling relationship. However, the bifunctional mechanism has hitherto only been supported by theoretical computations. Here we describe an operando Raman spectroscopic and electrokinetic study of two highly active OER catalysts, FeOOH-NiOOH and NiFe layered double hydroxide (LDH). The data support two distinct mechanisms for the two catalysts: FeOOH-NiOOH operates by a bifunctional mechanism where the rate-determining O-O bond forming step is the OH- attack on a Fe=O coupled with a hydrogen atom transfer to a NiIII-O site, whereas NiFe LDH operates by a conventional mechanism of four consecutive PCET steps. The experimental validation of the bifunctional mechanism enhances the understanding of OER catalysts. 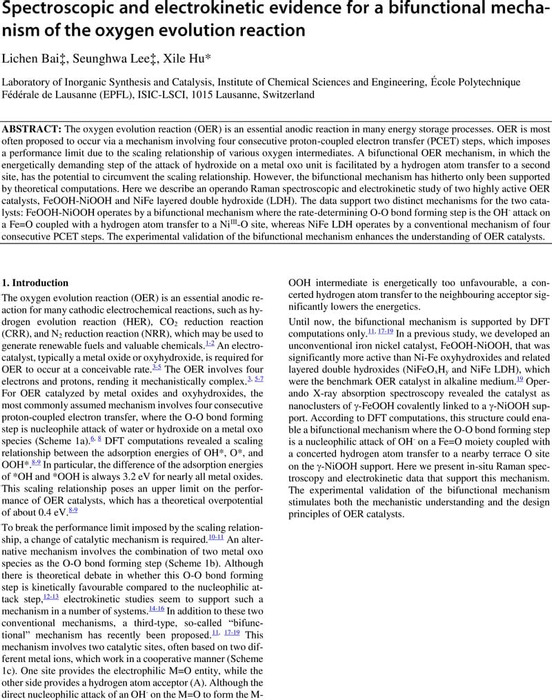 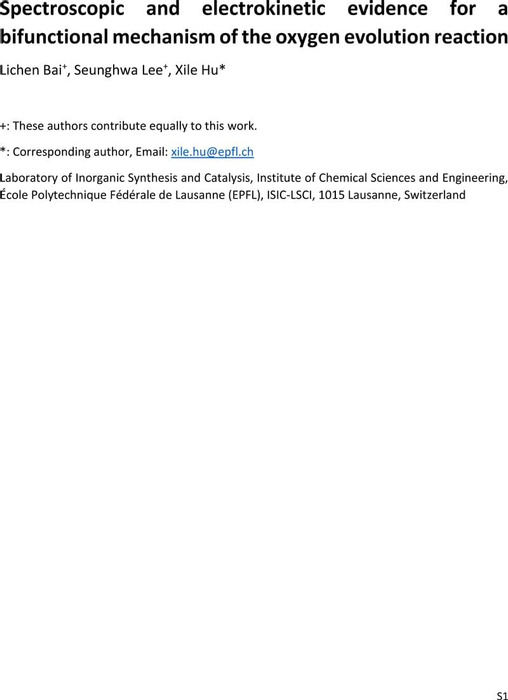 We are encoding your file so that it is compatible across browsers, depending on file size and type this may take some time.
SI-Hu5