Computer Simulation of Collision Induced Dissociation and Isolobal Analogy: The Case of Biotin and Its Analogues

We have studied how collision induced dissociation (CID) products and associated mechanism are modified when a chemical group is modified by isolobal groups, and in particular S, O, NH and CH2. At this end, we have considered protonated biotin (vitamin B7) and corresponding oxybiotin, N-biotin and C-biotin, which have the same structures except for one chemical group (the S in biotin which is substituted with the aforementioned isolobal ones). Collisional simulations with Ar were performed to model CID fragmentations and to have directly access to related mechanisms. Simulations have shown that the CID fragmentation of the four compounds were similar and the resulting fragments involve in a similar way the isolobal groups. Details on the mechanisms as obtained from simulations are reported and discussed. This result shows that it is possible in principle to predict, with a reasonable confidence, mass spectra of unknown molecules based on mass spectrum of the known one when isolobal modifications are done. 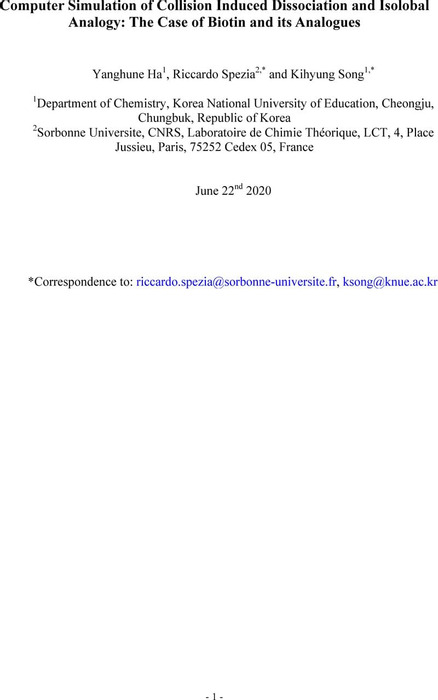 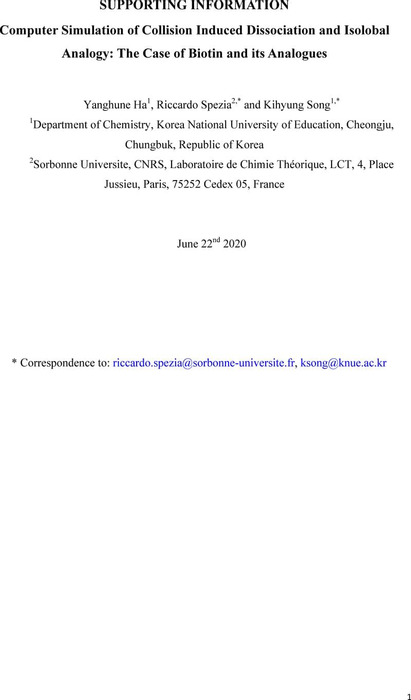 We are encoding your file so that it is compatible across browsers, depending on file size and type this may take some time.
SI20200617