Very often in order to understand physical and chemical processes taking place among several phases fractionation of naturally abundant isotopes is monitored. Its measurement can be accompanied by theoretical determination to provide a more insightful interpretation of observed phenomena. Predictions are challenging due to the complexity of the effects involved in fractionation such as solvent effects and non-covalent interactions governing the behavior of the system which results in the necessity of using large models of those systems. This is sometimes a bottleneck and limits the theoretical description to only a few methods.
In this work vapour pressure isotope effects on evaporation from various organic solvents (ethanol, bromobenzene, dibromomethane, and trichloromethane) in the pure phase are estimated by combining force field or self-consistent charge density-functional tight-binding (SCC-DFTB) atomistic simulations with path integral principle. Furthermore, the recently developed Suzuki-Chin path integral is tested. In general, isotope effects are predicted qualitatively for most of the cases, however, the distinction between position-specific isotope effects observed for ethanol was only reproduced by SCC-DFTB, which indicates the importance of using non-harmonic bond approximations.
Energy decomposition analysis performed using the symmetry-adapted perturbation theory (SAPT) revealed sometimes quite substantial differences in interaction energy depending on whether the studied system was treated classically or quantum mechanically. Those observed differences might be the source of different magnitudes of isotope effects predicted using these two different levels of theory which is of special importance for the systems governed by non-covalent interactions. 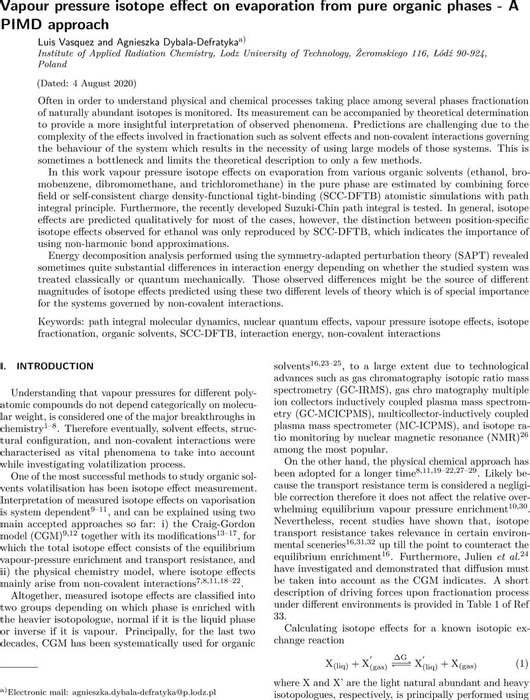 download asset Vasquez&Dybala-Defratyka-manuscript_v2.pdf 15 MB [opens in a new tab] cloud_download
pdf : 15 MB
We are encoding your file so that it is compatible across browsers, depending on file size and type this may take some time. 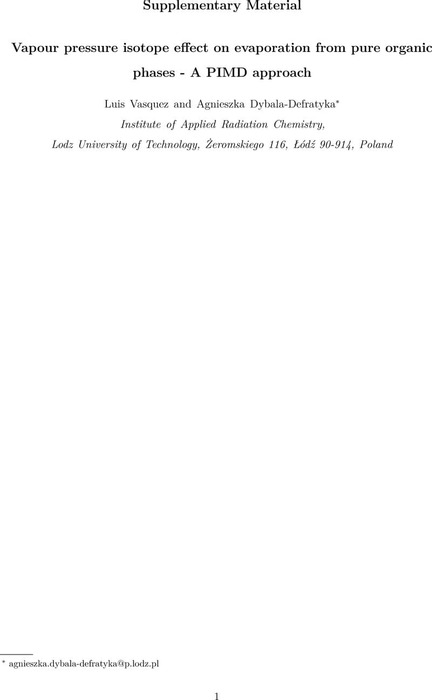