The SARS-CoV-2 has caused more than 2,000 deaths as of 20 February 2020 worldwide but there is no approved effective drug. The SARS-CoV-2 spike (S) glycoprotein is a key drug target due to its indispensable function for viral infection and fusion with ACE2 as a receptor. To facilitate the drug discovery and development with S protein as drug target, various computational techniques were used in this study to evaluate the binding mechanisms between S protein and its acceptor ACE2. Impressively, SARS-CoV-2 S protein has higher affinity binding to ACE2 at two different “up” angles of RBD than SARS-CoV S protein to ACE2 at the same angles. The energy decomposition analysis showed that more interactions formed between SARS-CoV-2 S protein and ACE2, which may partially account for its higher infectiousness than SARS-CoV. In addition, we found that 52.2° is a starting accessible “up” angle of the BRD of SARS-CoV-2 S protein to bind ACE2, demonstrating that BRD is not necessary to be fully opened in order to bind ACE2. We hope that this work will be helpful for the design of effective SARS-CoV-2 S protein inhibitors to address the ongoing public health crisis. 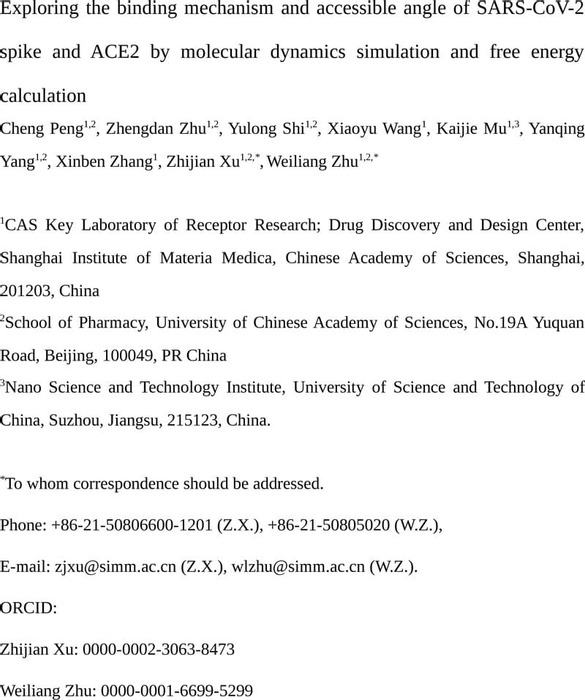