How Plausible Is Getting Ferromagnetic Interactions by Coupling Blatter’s Radical via Its Fused Benzene Ring?

In an effort to obtain superior magnetic properties, all the possible isomers of di-Blatter diradical coupled through its fused benzene ring are investigated employing numerous density and wave function-based methods. It reveals that the energetically stable and also experimentally reported diradicals are anti-ferromagnetic in nature due to dominant coexisting exchange interactions between the strongly localized micro-magnetic radical centers. However, due to strong steric hindrance in certain cases, the exchange interaction switches from anti-ferromagnetic to weak ferromagnetic interactions. Moreover, we propose the modified version of spin alternation rule, called here as zonal spin alternation rule, which can be applied successfully to predict exchange interactions in such diradicals. 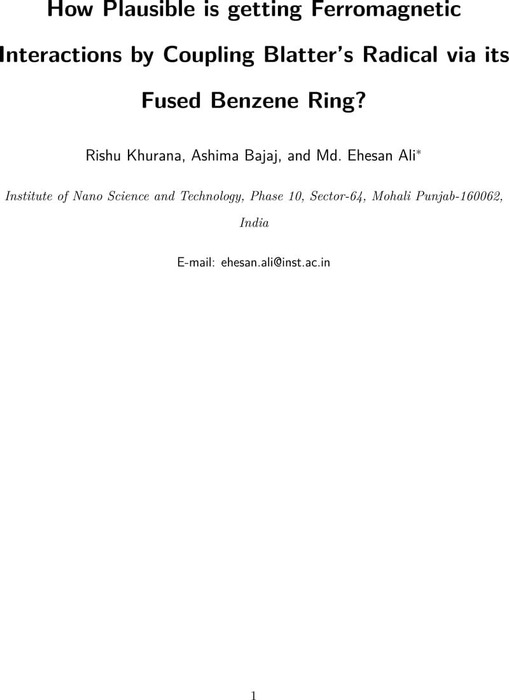 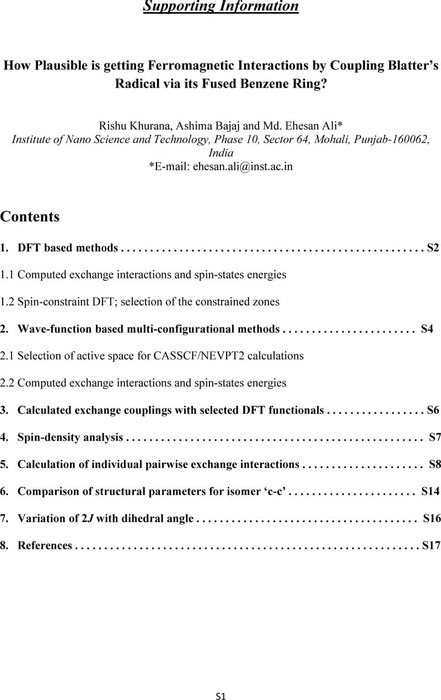 We are encoding your file so that it is compatible across browsers, depending on file size and type this may take some time.
Supporting-Info

There are no conflicts of interest.