The growth of atomically dispersed metal catalysts (ADMCs) remains a great challenge owing to the thermodynamically driven atom aggregation. Here we report a surface-limited electrodeposition technique that uses site-specific substrates for the rapid and room-temperature synthesis of ADMCs. We obtained ADMCs by the underpotential deposition (UPD) of a single-atom nonnoble metal onto the chalcogen atoms of chemically exfoliated transition metal dichalcogenides and subsequent galvanic displacement with a more-noble single-atom metal. The site-specific electrodeposition (SSED) enables the formation of energetically favorable metal–support bonds, and then automatically terminates the sequential formation of metallic bonding. The self-terminating effect restricts the metal deposition to the atomic scale. The modulated ADMCs exhibit remarkable activity and stability in the hydrogen evolution reaction compared to state-of-the-art single-atom electrocatalysts. We demonstrate that this SSED methodology could be extended to the synthesis of a variety of ADMCs (for example, Pt, Pd, Rh, Cu, Pb, Bi, and Sn single atoms), showing its general scope for the large-scale production of functional ADMCs in heterogenous catalysis. 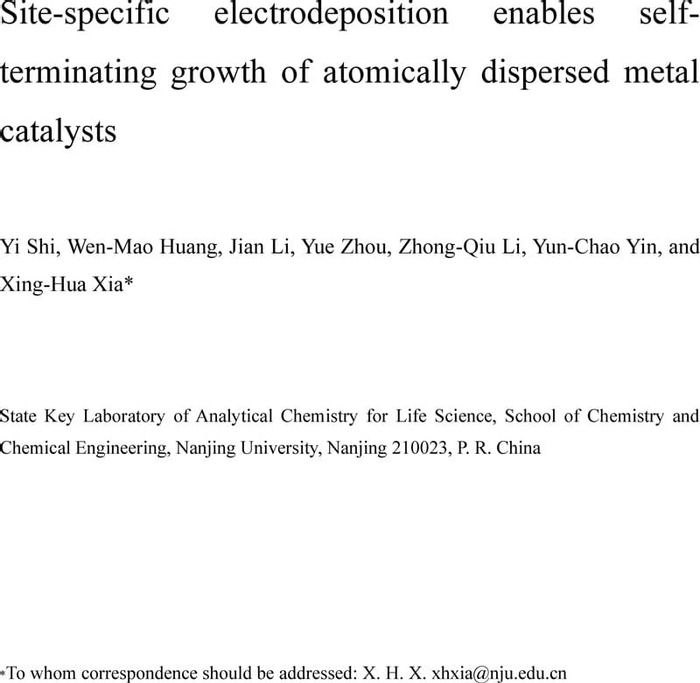 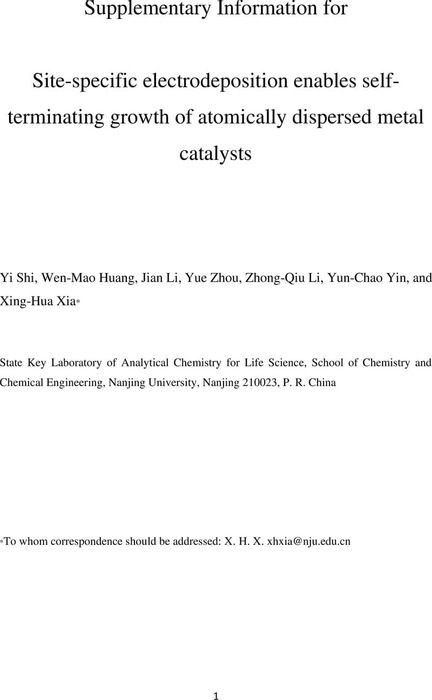 We are encoding your file so that it is compatible across browsers, depending on file size and type this may take some time.
Supplementary Materials-preprint