Ferrocenes are ubiquitous organometallic building blocks that comprise a Fe atom sandwiched between two cyclopentadienyl (Cp) rings that rotate freely at room temperature. Of widespread interest in fundamental studies and real-world applications, they have also attracted
some interest as functional elements of molecular-scale devices. Here we investigate the impact of
the configurational degrees of freedom of a ferrocene derivative on its single-molecule junction
conductance. Measurements indicate that the conductance of the ferrocene derivative, which is
suppressed by two orders of magnitude as compared to a fully conjugated analog, can be modulated
by altering the junction configuration. Ab initio transport calculations show that the low conductance is a consequence of destructive quantum interference effects that arise from the hybridization of metal-based d-orbitals and the ligand-based π-system. By rotating the Cp rings, the hybridization, and thus the quantum interference, can be mechanically controlled, resulting in a conductance modulation that is seen experimentally. 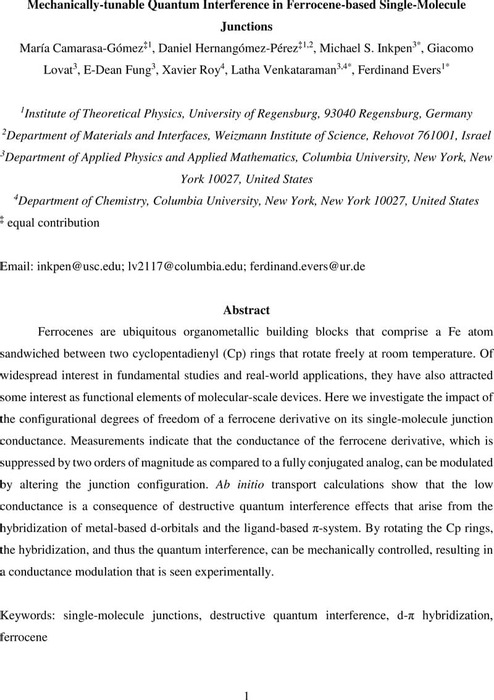 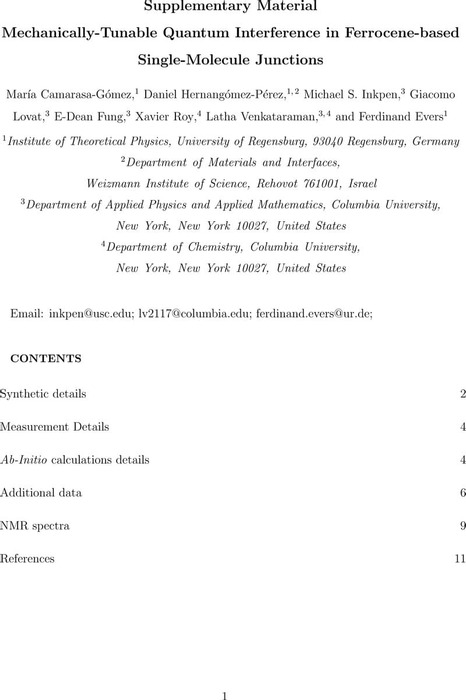 We are encoding your file so that it is compatible across browsers, depending on file size and type this may take some time.
ferrocene SI