Several dinuclear thiophenolato-bridged arene ruthenium complexes [(η6-p-MeC6H4Pri)2Ru2(μ2-SC6H4-R)3]+ could so far only
be obtained with moderate yields using the synthetic route established in the early 2000s. With much less reactive aliphatic
thiols or with bulky thiols, the reactions become even less efficient and the desired complexes are obtained with low yields
or not at all. We employed density functional theory (DFT) calculations to gain a fundamental understanding of the reaction
mechanisms leading to the formation of dithiolato and trithiolato complexes starting from the dichloro(pcymene)
ruthenium(II) dimer [(η6-p-MeC6H4Pri)Ru(μ2-Cl)Cl]2. The results of the DFT study enabled us to rationalise
experimental results and allowed us, via a modified synthetic route, to synthesise previously unreported and hitherto
considered as unrealistic complexes. Our study opens possibilities for the synthesis of so far inaccessible thiolato-bridged
dinuclear arene ruthenium(II) complexes but more generally also the synthesis of other thiolato-bridged dinuclear group 8
and 9 metal complexes could be reexamined. 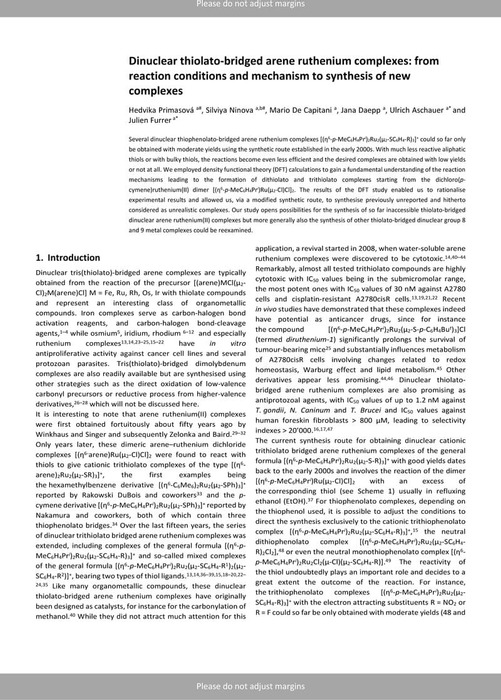 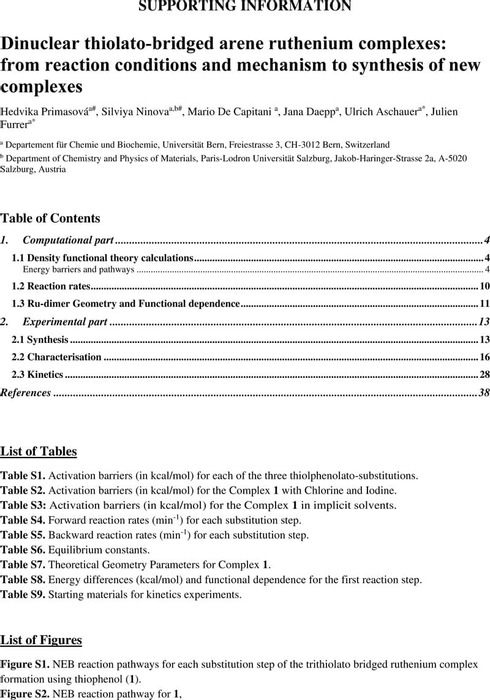 We are encoding your file so that it is compatible across browsers, depending on file size and type this may take some time.
Ru complexes SI