- Context. Camellimidazoles A–C were recently reported as new natural substances arising from what was described as new caffeine degradation pathway in Keemun black tea.
- Discoveries. Under alkaline hydrolysis conditions followed by spontaneous cascade reactions with formaldehyde or dichloromethane (as the key methylene group providers), we were able to achieve the synthesis of camellimidazoles B and C. A MetWork-based pipeline was also implemented highlighting a wealth of structurally diverse compounds formed in the course of the reaction and streamlining the isolation of the newly described camellimidazoles D-F, subsequently confirmed as anticipated in silico upon extensive spectroscopic analyses. Besides demonstrating the artefactual origin of camellimidazoles, the current investigation emphasizes the fitness of MetWork-tagging to illuminate the chemical diversity associated with seemingly simple reactive conditions.
- Methods. Organic synthesis, phytochemical analysis, in silico anticipation, molecular networking dereplication 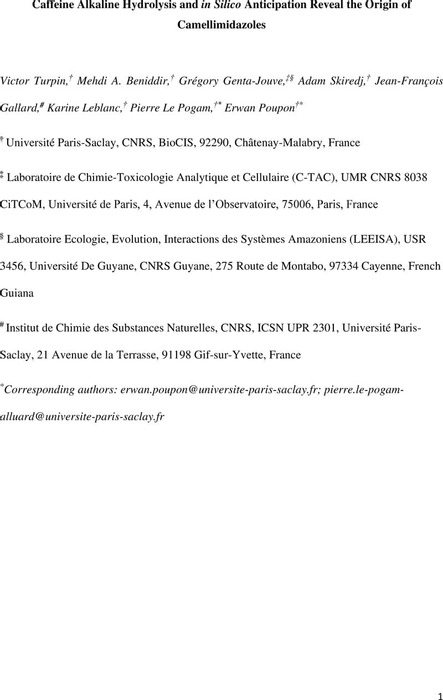 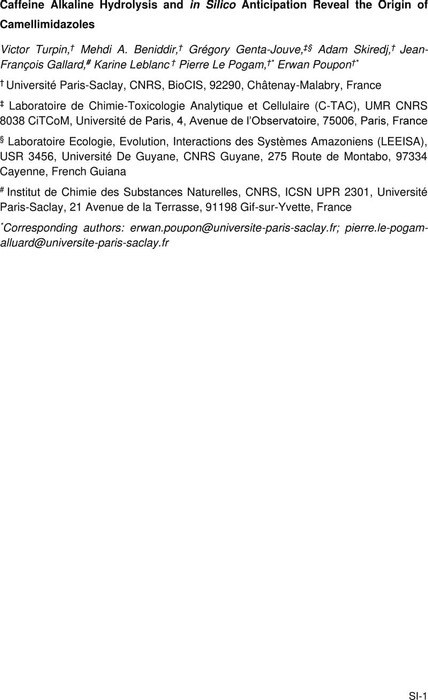 We are encoding your file so that it is compatible across browsers, depending on file size and type this may take some time.
Turpin et al. SI 10APR2020