Taxol® is widely regarded as amongst the most famed natural isolates ever discovered, and has been the subject of innumerable studies in both basic and applied science. Its documented success as an anticancer agent, coupled with early concerns over supply, stimulated a furious worldwide effort from chemists to provide a solution for its preparation through total synthesis. Those pioneering studies proved the feasibility of retrosynthetically-guided access to synthetic Taxol, albeit in minute quantities and with enormous effort. In practice, all medicinal chemistry efforts and eventual commercialization have relied upon natural- (plant

material) or biosynthetically-derived (synthetic biology) supplies. Here we show how a complementary divergent synthetic approach that is holistically patterned off of biosynthetic machinery for terpene synthesis can be used to arrive at Taxol®. 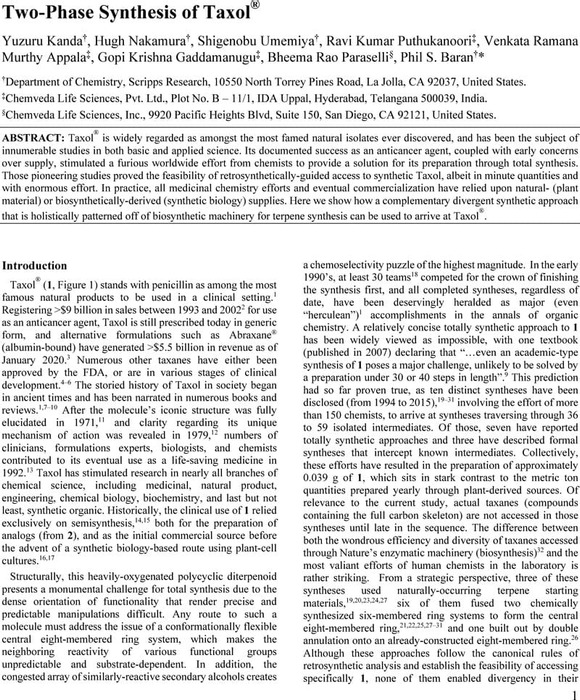 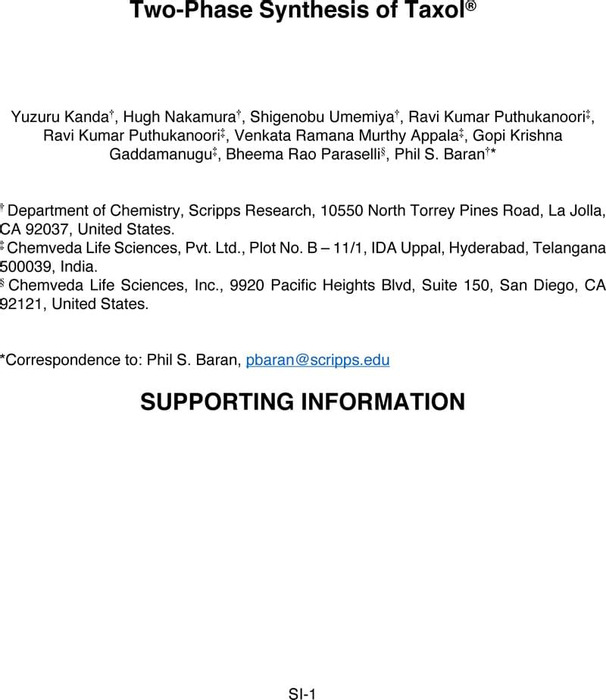