A versatile synthetic route to distannyl-substituted polyarenes was developed via double radical periannulations. The cyclization precursors were equipped with propargylic OMe traceless directing groups (TDGs) for regioselective Sn-radical attack at the triple bonds. The two peri-annulations converge at a variety of polycyclic cores to yield expanded difunctionalized polycyclic aromatic hydrocarbons (PAHs). This approach can be extended to triple peri-annulations, where annulations are coupled with a radical cascade that connects two preexisting aromatic cores via a formal C-H activation step. The installed Bu3Sn groups serve as chemical handles for further functionalization via direct cross-coupling, iodination, or protodestannylation, and increase solubility of the products in organic olvents. Photophysical studies reveal that the Bu3Sn-substituted PAHs are moderately fluorescent, and their protodestannylation serves as a chemical switch for high fluorescence. DFT calculations identified the most likely possible mechanism of this complex chemical transformation involving two independent peri-cyclizations at the central core. 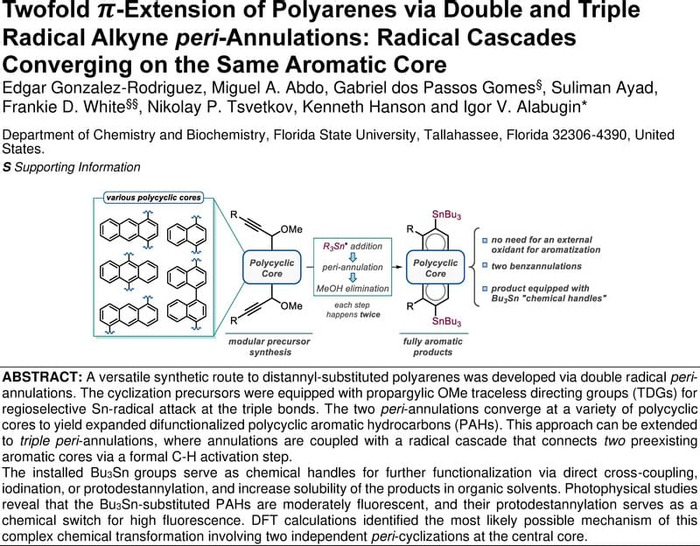 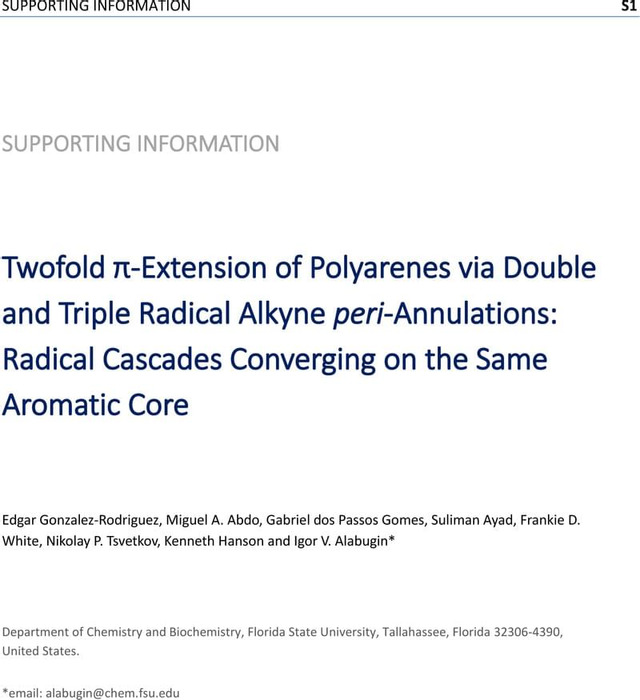 We are encoding your file so that it is compatible across browsers, depending on file size and type this may take some time.
double periannulation SI